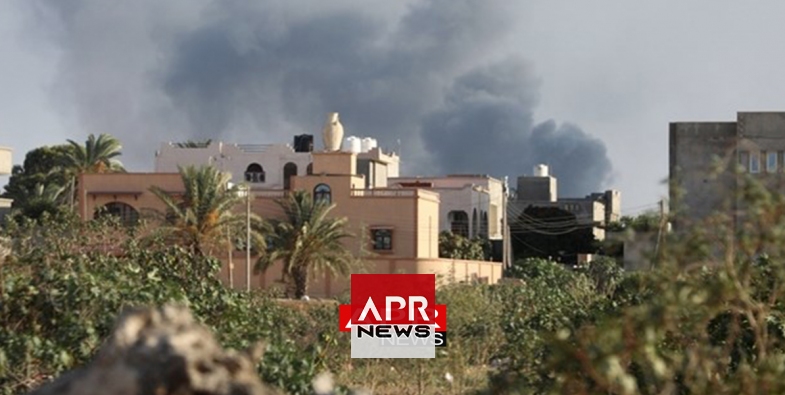 REUTERS - Hundreds of migrants have been relocated in Libya’s capital from government-run detention centers after getting trapped by clashes between rival groups, U.N. and aid sources said on Thursday.

The migrants had been abandoned after their guards fled fighting pitting rival groups vying for power and state funds, a recurring theme in the North African country since the chaotic overthrow of Muammar Gaddafi in a 2011 NATO-backed uprising.

Hundreds of migrants have been brought to a “safer place” from two centers run by the U.N.-backed government from the Ain Zara area in southeastern Tripoli, aid workers said.

The U.N refugee agency UNHCR “in coordination with other agencies and the Department for Combatting Illegal Migration (DCIM) facilitated the transport of all persons in Ain Zara,” it said in a statement.

The migrants were mainly Eritrean, Ethiopian and Somali nationals who were brought to a separate detention center away from fighting.

However, a few people were still awaiting their evacuation at Ain Zara, an official at a separate international organization said.

Libya is the main departure point in North Africa for migrants crossing the Mediterranean Sea to Europe, mainly from other parts of Africa.

The number of crossings has sharply fallen off since Italy provided the coast guard with more boats and brokered deals with local groups in a smuggler hub last year.