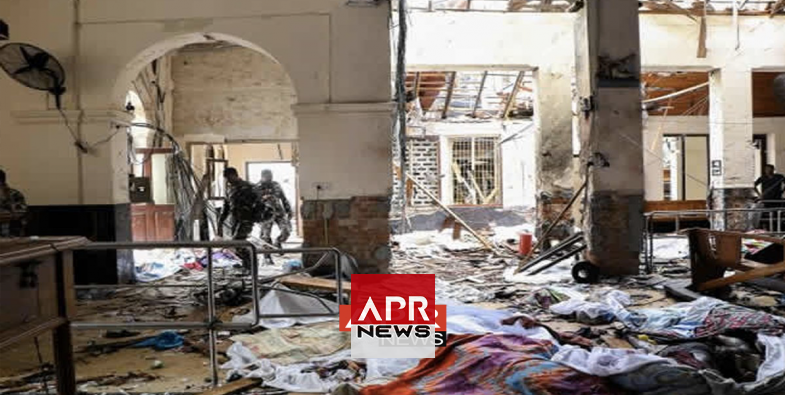 APRNEWS - At least 45 children were among the more than 320 people killed in suicide bomb attacks in Sri Lanka, the United Nations said Tuesday.

He added that the toll from the Sunday attacks could rise as many other minors "are wounded and are now fighting for their lives in intensive care units across the country."

UNICEF has confirmed that 27 children were killed and another 10 injured in the attack at St Sebastian's Church in Negombo.

In the eastern city of Batticaloa, 13 children were killed, including an 18-month-old baby, UNICEF said.

Those 40 children who lost their lives in the two cities were Sri Lankan nationals, while UNICEF has confirmed that another five children of foreign nationality were also killed.

Boulierac was not immediately able to provide details on where the non-Sri Lankan children died.

Danish billionaire Anders Holch Povlsen, who was on vacation in Sri Lanka with his family at the weekend, lost three of his four children in the attack, a spokesman for his clothing retail group Bestseller has said.

Twenty children have also been admitted to hospital following the attack in Colombo, including four who were in intensive care.

Sri Lanka has named the local Islamist group, National Thowheeth Jama'ath, as the chief suspect, for the violence that has sparked local and international outrage.

Unusual: The woman with two vaginas.
An Australian woman is all the rage on OnlyFans because of a unique...
2953 vues
2

India : Exhausted Migrants Fell Asleep On Tracks. 17Run Over By...
Seventeen migrant workers in a group of 20 were killed after a cargo train...
1728 vues
3

United Kingdom : No more new petrol and hybrid cars from 2035
Prime Minister Boris Johnson is seeking to use the announcement to elevate...
1518 vues
4

Tears and singing as abducted Nigerian students return to parents
Nearly two months after their abduction by armed gunmen, more than two...
1450 vues