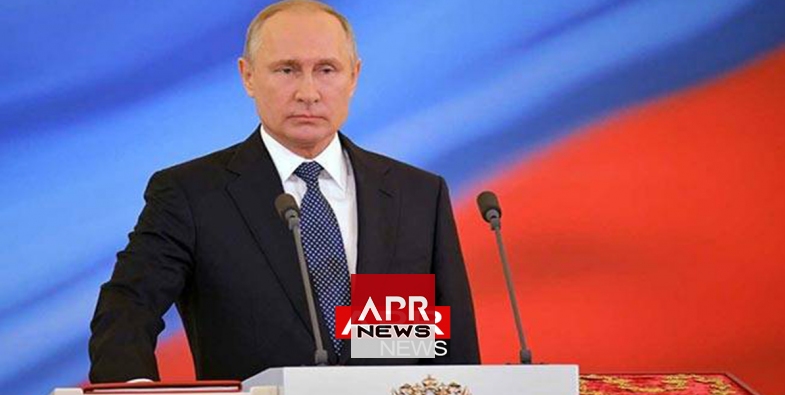 APRNEWS - The Kremlin said on Wednesday that a summit between U.S. President Donald Trump and Kim Jong Un showed Russian President Vladimir Putin had been right to advocate direct dialogue as the only way of reducing tensions with North Korea.

Kremlin spokesman Dmitry Peskov told reporters on a conference call that the summit, held in Singapore on Tuesday, had helped reduce tensions on the Korean Peninsula.

But he said it would have been wrong to have expected that all of the issues surrounding North Korea’s missile and nuclear program could have been solved in an hour.

“We still need to analyze the results of the meeting,” said Peskov. “But the fact that it took place can only be welcomed. Such meetings help ease tensions and move us away from the critical point reached several months ago.”

Russia and China have long been pushing a joint de-escalation plan that suggests Pyongyang suspend its ballistic missile program in return for the United States and South Korea ceasing large-scale missile exercises.

Peskov said the summit showed that Putin - who he said would meet Kim Yong Nam, a top official from North Korea’s Supreme People’s Assembly in Moscow on Thursday - had been right all along.

“In such complicated conditions, it would have been wrong to hope that the problems could be solved in an hour,” said Peskov, referring to the meeting.

“But the very fact (that the summit took place) underlines that Putin was right. The only possible path is one of direct dialogue.”

Separately, Russian Foreign Minister Sergei Lavrov told a news conference in Moscow with his Greek counterpart that Moscow advocated a return to six-party talks to work through some of the issues and that it was important that the entire Korean Peninsula, not just North Korea, was free of nuclear arms.

Lavrov said it was unlikely that Washington and Pyongyang would be able to fully solve all the problems on the Korean Peninsula, saying a new security system was needed for all of north-east Asia.