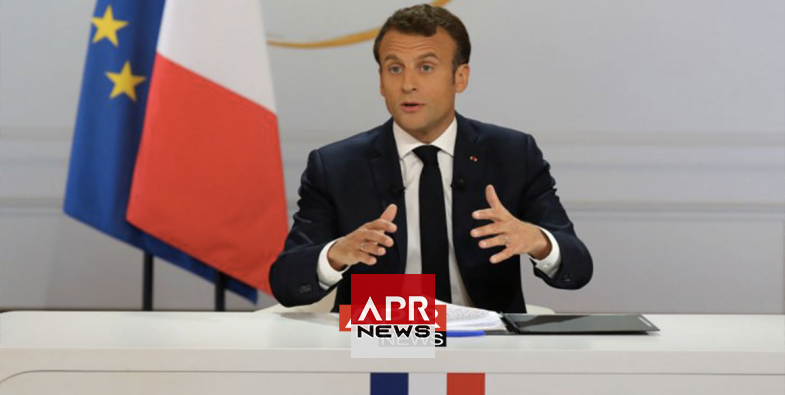 APRNEWS - French President Emmanuel Macron announced a series of new measures on Thursday, the result of months of "Great National Debate" he launched in response to the Yellow Vest protests. FRANCE 24 takes a closer look at some of Macron's plans.

In a nationally televised speech, the French leader addressed the nation from the Élysée Palace, delivering his conclusions from the two-month-long “Great National Debate” that the government has held in town halls across the country to respond to concerns raised by the Yellow Vest movement, including high taxes, unemployment and stagnant wages. This is what he said:

On his controversial reforms

“I asked myself: Should we stop everything that was done over the past two years? Did we take a wrong turn? I believe quite the opposite.”

“We live in a country where disagreements are expressed vehemently. I’m fully convinced it was right not to give in over these first two years on the issues that are still at the heart of our project for this country.”

On the Yellow Vest movement

“I recognise and I respect the Yellow Vests who came out into the streets at the beginning of this crisis, and those who sympathised with them. But I will not give in to those who want to destroy institutions, who want the worst and who want to riot,” he said, referring to violent extremist groups that have gradually hijacked the protests.

A dozen people have died in the protests that began in mid-November, and millions of euros’ worth of damage has been done to shops, public property and monuments, particularly in the French capital.

Macron also vowed “deep changes” to France’s system of democracy. One is to ease the rules for organising public referendums so people have another outlet for grievances besides street protests. The introduction of “Citizens’ Initiative Referendums” has been one of the Yellow Vests’ main demands.

Macron said the “best solution” to close the gap of financial disparities is “to cut taxes for a maximum number of citizens and especially those who are working, especially the middle-class".

“Workers who pay income tax have widely contributed in past decades. So I’ll be simple, I don’t want tax increases. I want cuts for those who work by significantly reducing the income tax,” he said, estimating the cuts to be worth €5 billion.

Macron outlined some of the ways the tax cuts would be financed by closing some corporate tax loopholes, cutting public spending and introducing incentives for people to work longer before they retire to build up social contributions.

On why he won’t reintroduce France’s wealth tax

Macron ruled out reintroducing the wealth tax that his government replaced by a tax on lucrative property deals and real estate assets.

“Since it’s a pragmatic reform, it will be re-evaluated in 2020. If it’s not efficient, we’ll amend it,” he said, noting the aim of having scrapped the tax is to keep investments in France.

Macron’s decision to scrap the tax, which was introduced by the Socialists in the 1980s in an attempt to address economic inequality, has been highly controversial in the sense that Macron, a former investment banker, has been accused of favouring the rich. Nevertheless, the tax, which was levied on people with assets over €1.3 million, resulted in thousands of rich French families moving to countries like Belgium to avoid the tax. France was the last EU member to abolish it.

On working more and retirement

“We have to work more, I’ve said it. France works a lot less than its neighbours. We have to have a real debate about this.”

He did not say whether this would affect the 35-hour workweek.

Macron said he did not wish to push back the legal retirement age beyond the current threshold of 62. But he outlined the need for measures that would require French citizens to contribute for a longer period to the pension system before retiring.

He also unveiled measures to boost monthly pensions under €2,000.

Macron called for better control of borders at the national and European level. He said changes should be brought to the Schengen Area, even if it led to a reduction of its scope or to fewer member states.

“To be open, you need limits; to welcome someone, you need a house, so you need borders.”

Macron said he would be “uncompromising” in his approach to what he defined as a “political Islam” within France that sought to break with the rest of the country.

Macron said he would push to more strictly control the overseas financing for some organisations.

“I want to reform our senior public service. This is not a meritocratic system any more... We don’t need job-for-life protection.”

Macron also confirmed he would scrap France’s prestigious École Nationale d’Administration (ENA), a postgraduate school that was founded in 1945 by Charles de Gaulle to train a postwar administrative elite drawn from across all social classes, and which Macron attended himself.

ENA is the French equivalent of the US Ivy League schools, and has been the school to attend for anyone aspiring to hold down a top political job in France, not the least for the contacts. Macron, and three of his predecessors: Valéry Giscard d'Estaing, Jacques Chirac and François Hollande have all attended ENA. Numerous former and current government ministers and presidential candidates, including Hollande’s ex-partner Ségolène Royal and former prime minister Laurent Fabius, also went to ENA.

“To carry out this reform we need to put an end to the ENA... It’s not at all about stigmatising the ENA, I went to this school, I owe it a lot.”

On his snarky remarks

Macron apologised for some of his comments which have earned him a reputation for arrogance, such as his telling an unemployed man he could find a job simply by “crossing the street” and advising a retiree not to complain.

“I may have given the impression that I give orders all the time and am tough. Which I regret,” the president said. "I regret them deeply, I think they did not show me as I am.”

He said that during the second part of his mandate, he wants to put the "human being at the heart of the agenda" with a "new method" of governance that would see citizens play a larger part.

Macron still faces an uphill struggle to convince the French, with an Ipsos-Sopra Steria opinion poll for Le Monde showing that more than three-quarters of French voters did not believe the national debate process would improve the political situation.

Opinion polls show his popularity rating stuck on or even under 30 percent, a far cry from the heady days after his inauguration when his approval rating was more than 60 percent.

Macron already has his eye on the 2022 presidential election, acutely aware that his predecessors Nicolas Sarkozy and François Hollande only lasted one term and failed to implement lasting change.

At stake is not just his ambitious agenda to modernise France but his status as a global statesman, able to stand up to US President Donald Trump and lead Europe as German Chancellor Angela Merkel steps aside and Britain is bedevilled by Brexit.