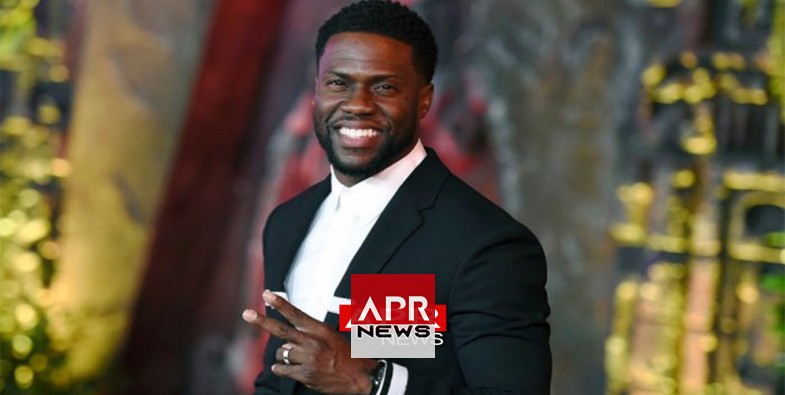 APRNEWS - Award-winning comedian and actor, Kevin Hart has added another feather to his cap as it was announced last night that he will host the 91st Academy Awards in February 2019.

With the announcement, The Hollywood star who already has an enviable career will be joining a lineup of iconic comedians like Chris Rock, Jimmy Kimmel, Billy Crystal, Johnny Carson and Bob Hope to have hosted the prestigious event.

''For years I have been asked if I would ever host the Oscars and my answer was always the same. I said that it would be the opportunity of a lifetime for me as a comedian and that it will happen when it's suppose to. I am so happy to say that the day has finally come for me to host the Oscars. I am blown away simply because this has been a goal on my list for a long time. To be able to join the legendary list of hosts that have graced that stage is unbelievable".

"I will be sure to make this years Oscars a special one".

The Academy confirmed the news, tweeting:

"Welcome to the family, @kevinhart4real."

Prior to this new accomplishment, Hart has previously hosted award ceremonies like the BET Awards in 2011 and the 2012 MTV Video Music Awards.