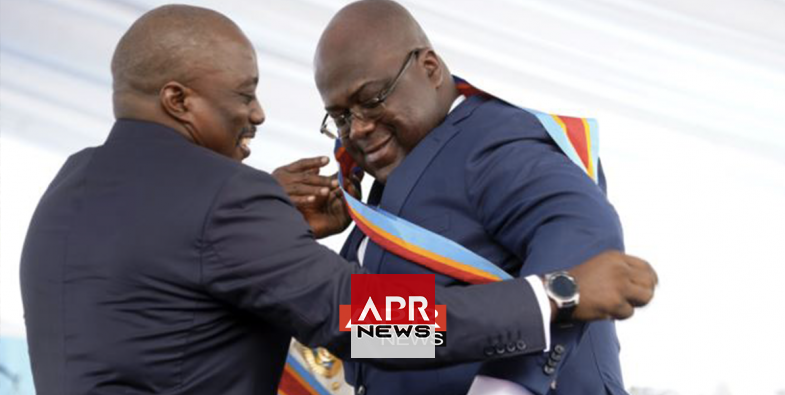 APRNEWS - Former president of the Democratic Republic of Congo, DRC, Joseph Kabila; has tasked newly elected and old governors of the Common Front for Congo (FCC coalition) to work in the interest of the country at all times.

Kabila, who is a Senator by virtue of being a former president, met with the two groups of governors on Wednesday, May 1. The meeting is believed to have taken place in a countryside location.

Dressed in a striped blue shirt with a jacket and black baseball cap, he took the opportunity to thank the former governors “for the work done for the nation, under the colors of the political family, often under very difficult conditions.”

He tasked the new governors to work assiduously to protect the current political coalition between FCC and president Felix Tshisekedi’s CACH Coalition.

According to provisional results, the FCC won in 16 of 24 provinces following governorship polls. President Felix Tshisekedi’s party only managed to win in a single province, while one went to an opposition faction.

With Kabila’s FCC dominating the two houses of parliament, many political watchers have said that Kabila still wields significant power even executively.