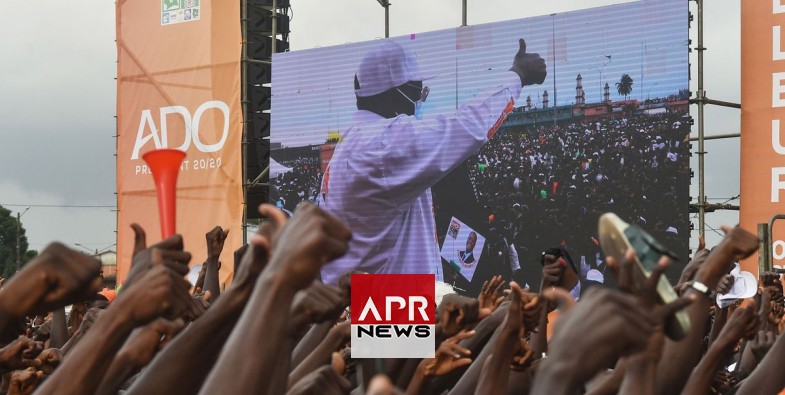 Ivorians voted on Saturday in presidential elections the main opposition parties have urged their supporters to boycott because President Alassane Ouattara is seeking a third term in office.

Ouattara, 78, looks to be a shoo-in for re-election. He is running against independent candidate Bertin Konan Kouadio, who received less than 4% of ballots in 2015. While Ouattara’s former ruling coalition partner, ex-President Henri Konan Bedie, 86, and Pascal Affi N’Guessan, the leader of a smaller opposition party, appear on the ballot paper, they’ve asked voters to stay away because they consider the third-term bid unconstitutional.

“I don’t want to regret not voting, but actually it’s already done,” Drissa Tiote, a 37-year-old car mechanic, said as he prepared to cast his ballot in the Abobo neighborhood of the commercial capital, Abidjan. “The president is working for the Ivorians. If he stays in power, there will be stability and growth.”

Bedie backed Ouattara in a second-round vote in 2010 and again in 2015, but the two fell out two years ago when Ouattara first said that a new constitution adopted in 2016 reset the clock and allowed him to seek another mandate. Bedie wanted a candidate from his own Democratic Party of Ivory Coast to succeed Ouattara.

The ruling Rally of Houphouetists for Democracy and Peace party commended the electoral commission for the organization of the vote, its secretary-general Adama Bictogo told reporters Saturday after the polls closed. “No election was held today in Ivory Coast,” Affi N’Guessan said at a separate press conference, speaking on behalf of the main opposition parties. Both sides said election violence Saturday had claimed lives.

The run-up to the vote has been marred by sporadic violence that the government has blamed on the opposition calling for a civil disobedience campaign. At least 16 people were killed in the town of Dabou, 50 kilometers (31 miles) west of Abidjan, earlier this month. The government has deployed about 35,000 security agents nationwide.

“The vote was largely peaceful,” the head of the electoral commission, Ibrahime Kuibiert-Coulibaly, told reporters. “Some regions experienced issues, but they’re very few, about 30, 40 polling stations were attacked.”

Turnout was low in some opposition strongholds in Abidjan. Polling stations didn’t open altogether in Daoukro, where Bedie hails from, Olivier Akoto, a lawmaker representing the city, said by phone.

The vote has fueled concerns about unrest in the country that experienced its worst crisis in the wake of the 2010 presidential elections. That conflict, which left more than 3,000 people dead, was triggered by ex-President Laurent Gbagbo’s refusal to acknowledge he had lost to Ouattara. The prosecutor of the International Criminal Court, Fatou Bensouda, said in a statement this week that her office “will continue to closely monitor the situation” in Ivory Coast.

Affi N’Guessan is loyal to Gbagbo, whose candidacy was rejected by the Constitutional Council because he was sentenced in absentia to 20 years in prison for looting the central bank during the conflict.

About 7.5 million of the country’s 26 million people registered to vote.