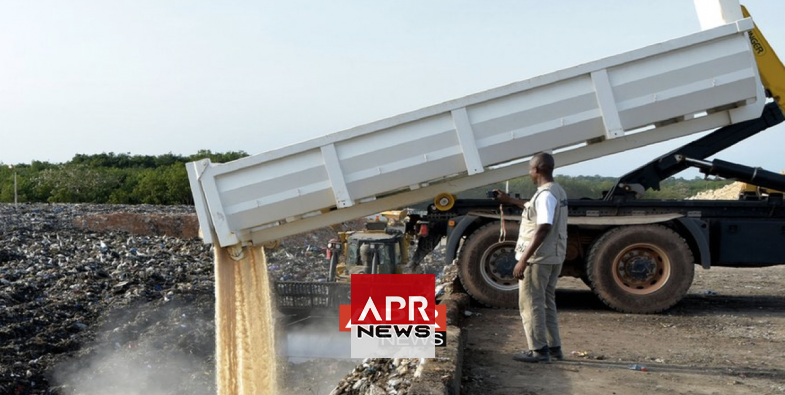 APRNEWS - Health officials in Ivory Coast on Wednesday destroyed tonnes of rice that had been declared unfit for human consumption, the BBC Africa Live page reports.

Its point of origin was Myanmar, formerly known as Burma. Photos showed officials transferring the said sacks into the back of a truck which pours it into a landfill site before a caterpillar spreads it on the site.

The shipment according to reports had been refused entry at different points across the West African coast. Ghana, Guinea and Togo had all rejected it over quality issues.

The consignment was finally allowed into Ivory Coast, upon unloading in Abidjan, quality control tests revealed the unfit nature of the goods.

Rice has become a staple food across much of Africa. But most countries depend on imports because local farmers are unable to meet the ever rising demands.

Countries across the West African Coast are important conduits for imports of products. Most of them also serve landlocked neighbours. A typical case in point being Ghana’s importance to Burkina Faso.

There has routinely been issues with the abuse of ports of entry with several reports pointing to the influx of especially drugs as a result of complicity and official corruption.