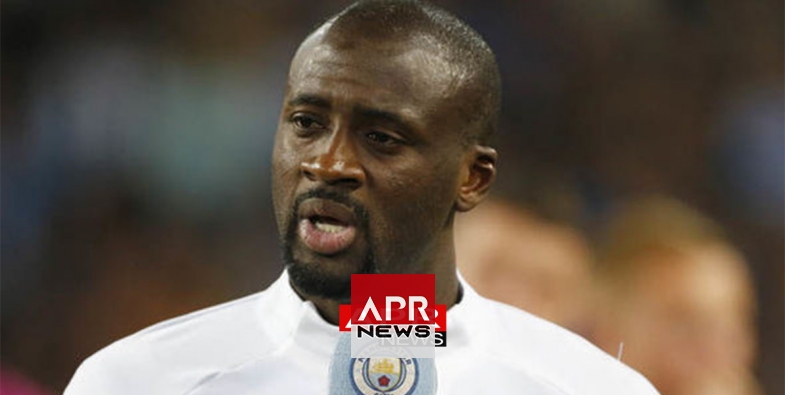 APRNEWS - Ivorian international footballer, Yaya Toure, has acquired British citizenship, according to his agent in a tweet posted on Wednesday.

Dimitry Seluk wrote: “My congratulations to Yaya Toure! He is a British citizen now. Today he received a document.” The player has yet to confirm the information.

The 34-year-old midfielder who is yet to sign for another club since leaving Manchester City after last season is able to hold dual citizenship according to Ivorian laws.

His agent has continued to tease the press about where next his player could be headed. Seluk has tweeted that Toure will head for London after leaving Manchester.

It remains to be seen whether he will join Chelsea, Arsenal, Tottenham, Fulham or Watford. Dimitry expressly ruled out Toure joining West Ham or Crystal Palace.

Toure has played for Barcelona in the years that the Cartalan club swept domestic, continental and global trophies. He has also been named the best African player in the past and is an Africa Cup of Nations winner.

Whiles the second allowed foreign-born residents living in Ivory Coast since before independence to become citizens along with their descendents. Foreign nationals born in Ivory Coast between 1961 and 1973 and their children will also qualify under the law.

Unusual: The woman with two vaginas.
An Australian woman is all the rage on OnlyFans because of a unique...
3648 vues
2

India : Exhausted Migrants Fell Asleep On Tracks. 17Run Over By...
Seventeen migrant workers in a group of 20 were killed after a cargo train...
1854 vues
3

United Kingdom : No more new petrol and hybrid cars from 2035
Prime Minister Boris Johnson is seeking to use the announcement to elevate...
1625 vues
4

Tears and singing as abducted Nigerian students return to parents
Nearly two months after their abduction by armed gunmen, more than two...
1562 vues