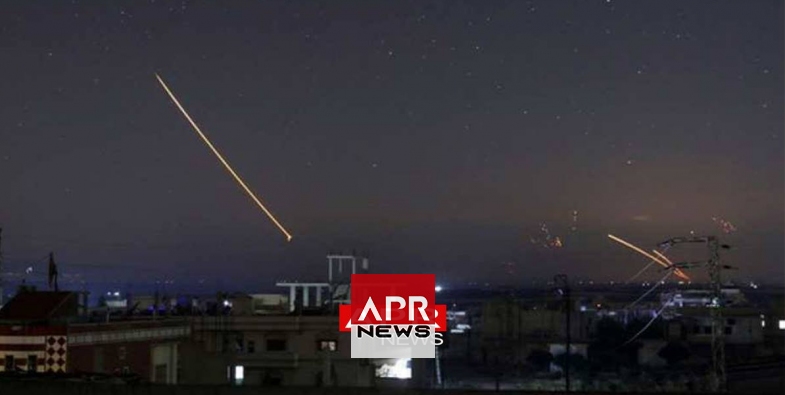 An Israeli military spokesman declined to comment on the foreign media report.

"Around 2:30 am (2330 GMT Friday)... the Israeli air force carried out a strike targeting one of our military positions in the town of Misyaf," in Hama province north of Damascus, SANA quoted a military source as saying.

"Our air defence batteries intercepted some of the Israeli missiles," the source said, adding that the strike "wounded three combatants and destroyed buildings".

The Syrian Observatory for Human Rights said the strike targeted a Syrian military college in the town and two buildings used by Iranian forces in nearby villages -- a development centre for medium-range missiles in Zawi and a training camp in Sheikh Ghadban.

Israel has carried out hundreds of air strikes in Syria against what it says are Iranian and Hezbollah targets.

With the support of the US administration of President Donald Trump, Israeli Prime Minister Benjamin Netanyahu has vowed repeatedly to take whatever military action he deems necessary to prevent archfoe Iran and its Lebanese ally Hezbollah establishing a continuing military presence.

Late last month, Trump broke with decades of international consensus to recognise Israel's unilateral annexation of the strategic Golan Heights, seized from Syria in the Six-Day War of 1967.

The move was a diplomatic prize for Israel, but met with a chorus of opposition from US foes and allies alike.

Iran and Hezbollah have both intervened in Syria's civil war, which erupted in 2011 to support forces loyal to President Bashar al-Assad.

They were joined in 2015 by Russia, which supplied its S300 air defence system to Assad's forces after a Russian aircraft was downed by mistake by Syrian defence systems during an Israeli raid on September 17, killing all 15 people on board.

After several months of frosty relations, Russia and Israeli resumed coordination of their military operations in Syria and Israel's bombing campaign picked up again.