Inside Ramaphosa's bag of politricks ahead of S. Africa's national elections 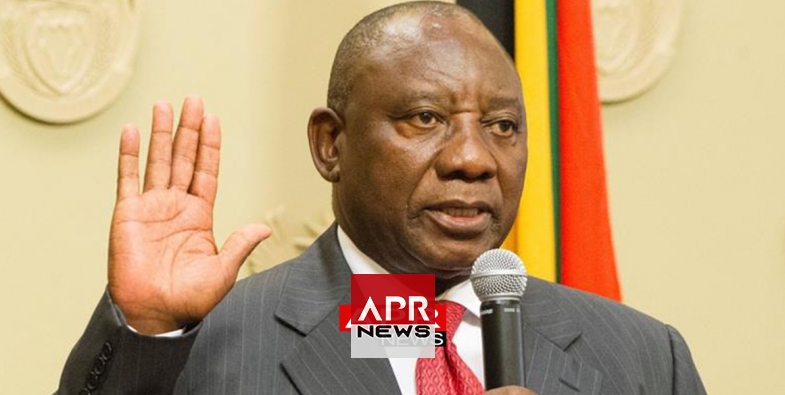 Inside Ramaphosa's bag of politricks ahead of S. Africa's national elections

APRNEWS - The African National Congress has governed South Africa since the end of apartheid in 1994, and will be hoping to extend its 25-year-reign, at this years polls expected in May.

The party that has been led by South Africa’s presidents including Nelson Mandela, Thabo Mebki, Jacob Zuma and current head of state, Cyril Ramaphosa, is however struggling to recoup its majority that waned drastically during Zuma’s tenure.

Under scandal-stained Zuma, the ANC had its worst electoral performance since 1994, winning less than 54% in local elections, and losing the key cities of Pretoria and Johannesburg.

At the centre of our manifesto is a plan to create many more jobs and ensure that all workers can earn a decent living.

Ramaphosa became head of state in February last year after his allies on the ANC’s executive forced scandal-plagued Jacob Zuma to resign, fearing that the corruption affairs and economic stagnation that marked his nine years in power could harm the party’s chances at this year’s election.

Below are highlights of the ANC manifesto ahead of the May general elections, as outlined by Ramaphosa on Saturday.

Job creation and economic growth
South Africa needs faster economic growth to reduce its 27 percent unemployment rate and alleviate poverty and inequality, which are stoking instability ahead of the elections.

“At the centre of our manifesto is a plan to create many more jobs and ensure that all workers can earn a decent living,” Ramaphosa told tens of thousands of ANC supporters packed into Durban’s Moses Mabhida stadium.

“The most pressing task for our country is to set the economy on a higher path of shared growth and to transform the structure of our economy to provide opportunities for millions of South Africans,” he added.

Undercut the EFF threat
Since Rampahosa took over the leadership of the party and the country last year, the ANC has sought to counter growing support for the radical leftist Economic Freedom Fighters (EFF).

The ANC worked with the EFF to push for amendment of the constitution to allow expropriation of land without compensation, and now wants the central bank to broaden its focus to include boosting employment and economic growth.

The EFF wants the government to have a greater say in how the South African Reserve Bank (SARB) is managed.

The SARB’s mandate now focuses on price stability, but the ANC said in its 2019 election manifesto released on Saturday that monetary policy should also “take into account other objectives such as employment creation and economic growth”.

“The ANC believes the South African Reserve Bank must pursue a flexible monetary policy regime, aligned with the objectives of the second phase of transition,” the manifesto said.

The Unity card
The ANC is divided into two broad factions with divergent views on how the economy should be managed. One supports Ramaphosa’s drive to boost private investment, while another loyal to his predecessor Jacob Zuma backs a strong state role.

Rampahosa beat Zuma’s prefered candidate to lead the ANC, and has since been working to united the party after the high-stakes internal power struggle.

“I’m delighted that today we are also here working with our former president… showing a real face of unity,” Ramaphosa told party activists last week, as he and other top ANC officials toured Zuma’s home province of KwaZulu-Natal, projecting an image of unity.

An IPSOS survey published this month predicted that the ANC would secure around 61 percent of the vote in the general election.