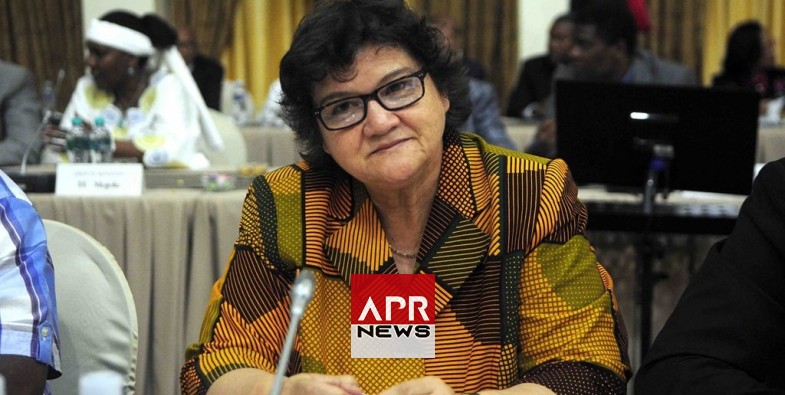 Former Public Enterprises Minister Lynne Brown rubbished many of the Fundudzi Forensic Services report findings that relate to her and her former secretary, and said that they were based on too many assumptions.
She said that, at a stage, she was even tempted to take the report on review.

Brown, who was testifying at the state capture inquiry on Monday, was quizzed about the damning findings in the report which looked at the "capture" of public entities as a result of dysfunctional governance structures and procurement irregularities.

The report, which was released in November 2018, found that, among other things, Brown's former private secretary, Kim Davids, had extensive interactions with people via an email address linked to Gupta associate Salim Essa.

The email address was used to send CVs of would-be state-owned entities' board members, such as Gupta-linked, Giovanni Leonardi, and public enterprises director-general (DG), Richard Seleke.

It also found that the same email address might have been used by Eskom executives, including Matshela Koko, to leak confidential company information to Essa.

"The Fundudzi report is an interesting report. It makes a whole range of assumptions without actually giving factual information about it," she said.

Among other things, Brown said the report was compiled on the assumption that she checked Davids' emails every day to see who she got in touch with, which was not the case. She said that when she saw the report at the commission, a part of her wanted to take it on review.

"Yes, of course I'm surprised and shocked by some things [in the report], if they are true. But the Fundudzi report goes further to say that I gave some land to somebody and I sent a CV of somebody to UWC (University of the Western Cape). They go further. Frankly, did I commit fraud, corruption? No. Did I give Transnet's land to anyone? No, I did not," Brown told the commission.

Brown also denied any knowledge of the Guptas' influence on some of the appointments to the Eskom board and the public enterprises department during her tenure.

When the commission's evidence leader, advocate Pule Seleka, pointed out that Leonard's CV came from the Essa-linked email and that he was not subjected to any vetting as required by the department when he was appointed to the Eskom board, Brown said she was not involved in the vetting process.

Although the Funduzi report contained emails showing that Davids sent a list of proposed Eskom board members, including Leonardi, to Brown, the former minister said she had no recollection of a list that was proposed to her.

She did, however, recall that Leonardi's name came up. But Davids told her at the time that it was suggested by former Transnet board chairperson, Linda Mabaso.

She also denied that any board members were appointed without vetting, save for one occasion in 2018 when Eskom got a new board as part of an intervention to try to stabilise the parastatal by then Deputy President Cyril Ramaphosa.

Brown, however, admitted that she met with Seleke before he was appointed or even applied for the job

She said the meeting took place in Cape Town but that it was not about Seleke becoming the DG.

Emails before the commission showed that when the Essa-linked email sent Seleke's CV to Davids, long after the first advert for the DG's post had closed, it also requested a meeting between him and "madam". The department would later readvertise the DG post after Brown's meeting with Seleke.

But Brown said she had no knowledge that he had been in contact with Davids or that he was linked to the email address.

Brown said, although she agreed to meet with Seleke, she did not recall the exact reason why he wanted the meeting.

However, it was a very short meeting and somewhere towards the end of it, the point about his interest in the DG position came up.

"It wasn't as straightforward as: 'I'd like to be the new DG.'…But I do remember that I liked the idea that he was a developmental economist in the area of land and agriculture and that he managed big parastatals," Brown said.

Unusual: The woman with two vaginas.
An Australian woman is all the rage on OnlyFans because of a unique...
1889 vues
2

United Kingdom : No more new petrol and hybrid cars from 2035
Prime Minister Boris Johnson is seeking to use the announcement to elevate...
1347 vues
4