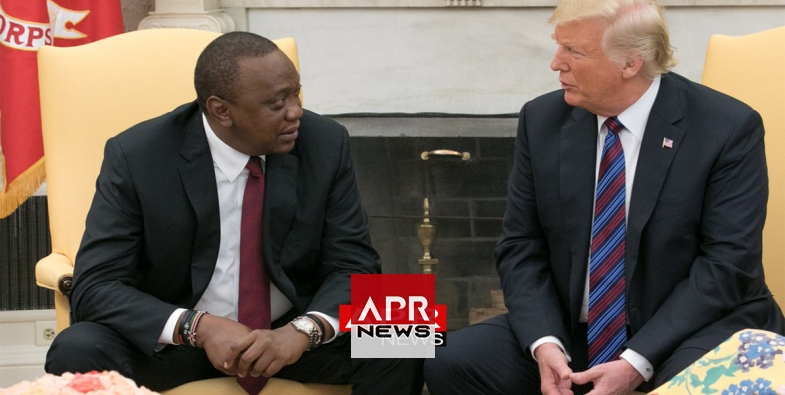 APRNEWS - As Kenya’s digital savvy president, Uhuru Kenyatta held talks with the United States’ ‘Twitter’ president, Donald Trump at the White House on Monday, it was inevitable that audiences on the social networking site that both leaders love to use, would be engaged.

In Kenya, the meeting was discussed using the hashtag, #KenyaUSRelations, while both presidents and their first ladies also tweeted about their respective meetings.

Netizens also shared their thoughts on the several trade agreements signed, the photo ops including a seemingly awkward handshake between Trump and Kenyatta among other issues.

It was a pleasure having First Lady Margaret Kenyatta at the White House today. I enjoyed learning about Beyond Zero and discussing our shared concerns for the well-being of children.

What the presidents said
Coming on the day a Financial Times report claimed Trump had described Nigerian President Muhammadu Buhari as “lifeless” after their April meeting at the White House, the US president was quick to use Twitter to share his thoughts on the meeting with Kenyatta. 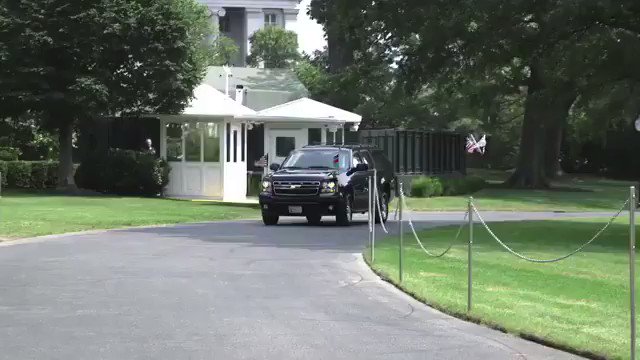 U.S. First Lady Melania Trump said she was pleased to have hosted her Kenyan counterpart.

“It was a pleasure having First Lady Margaret Kenyatta at the White House today. I enjoyed learning about Beyond Zero and discussing our shared concerns for the well-being of children,” her tweet reads. 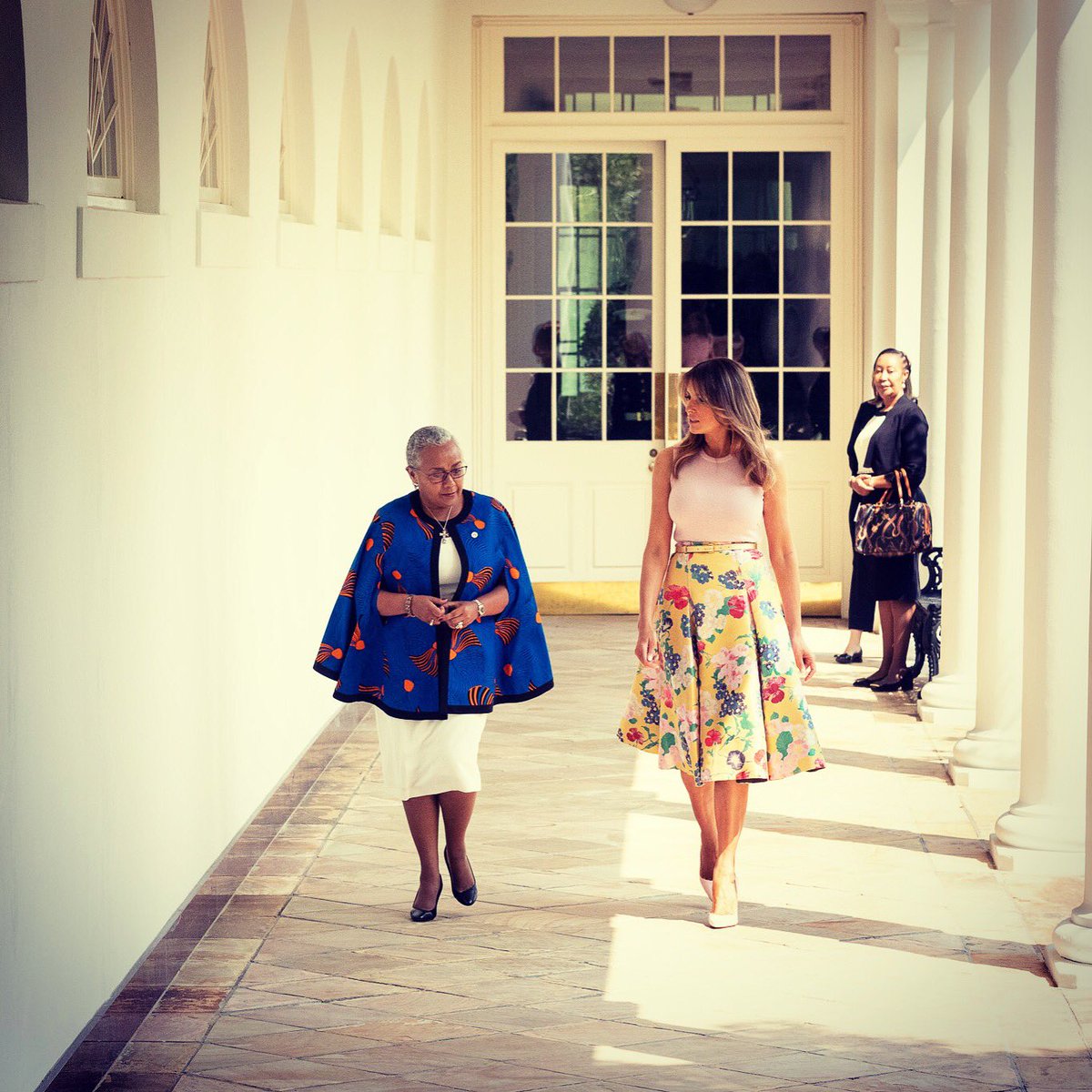 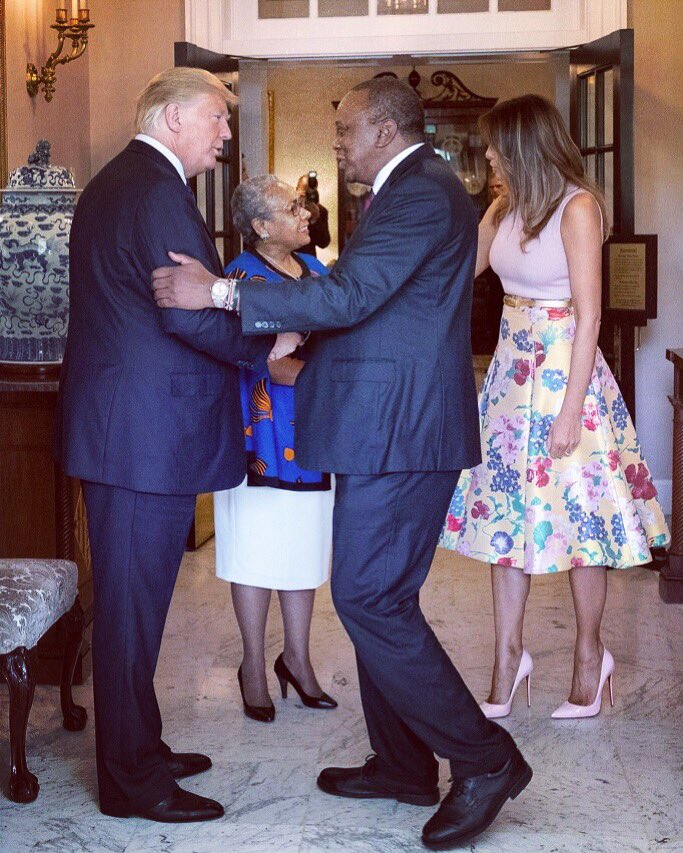 The First Lady of Kenya, Margaret Kenyatta, who has retweeted Melania’s and Uhuru’s tweets, is yet to share her own takeaways from the meeting.

#KenyaUSRelations
Kenyatta shared some of the significant issues discussed with Trump and business dlegations in the US including regional security, tourism and investment.

And Kenyans responded by sharing their thoughts on these developments, but also highlighting nitty gritty details like the awkward hadshake between Trump and Kenyatta. 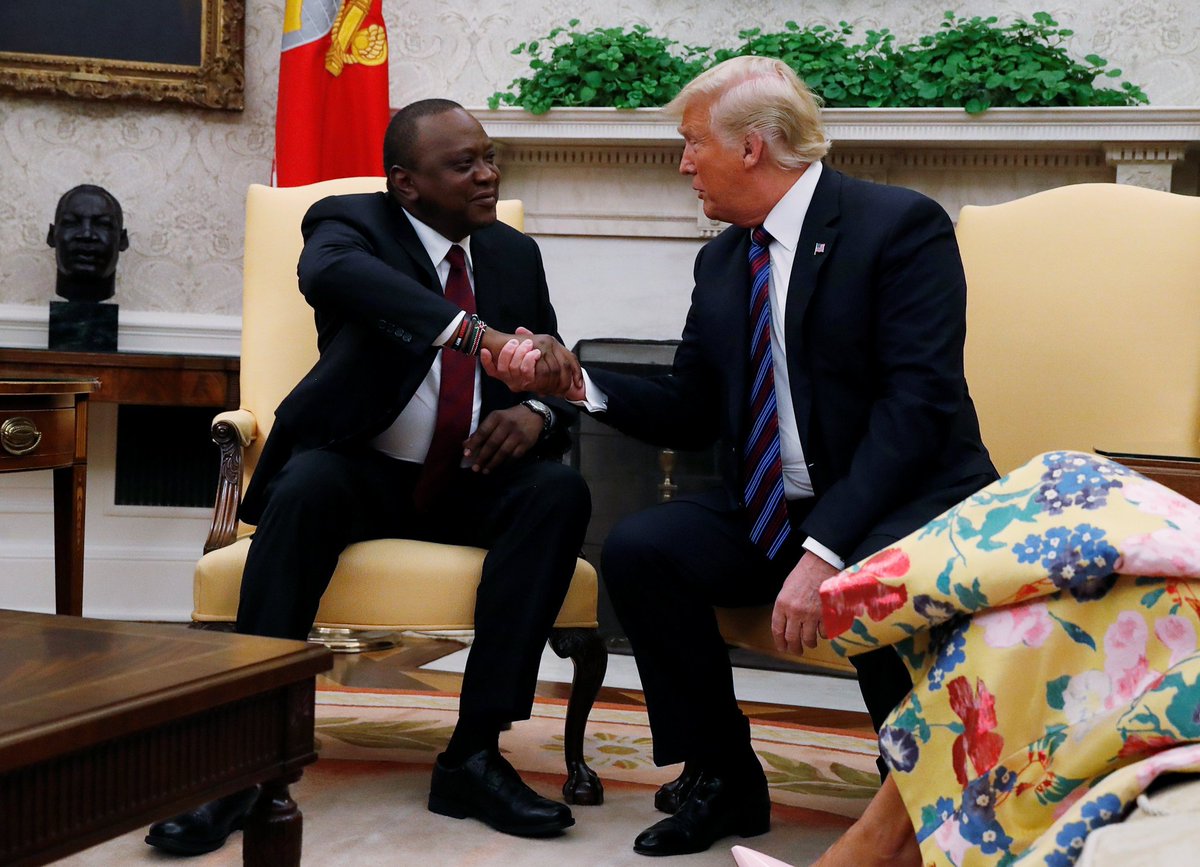