How to live longer, by studies 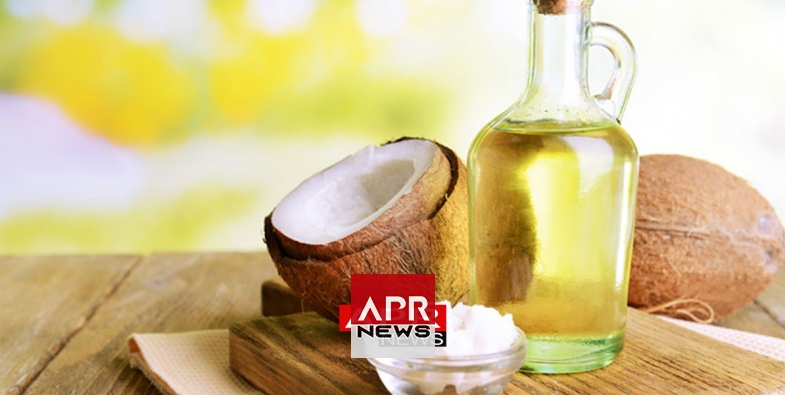 How to live longer, by studies

Scientists from the University of Bonn, the German Center for Neurodegenerative Diseases and the German Cancer Research Center were able to prove that a coconut oil diet significantly increases the vitality and lifespan of the flies. Coconut oil/“Lorenzo’s Oil” was able to help a seriously ill boy suffering from a peroxisomal disorder (adrenoleukodystrophy/ALD). The true story was turned into a film, which made the rare disease well known.

The results were presented in the journal PLOS Biology.The 1992 film drama tells the true story of Lorenzo Odone, who suffered from the rare disease adrenoleukodystrophy (ALD), which results in damage to the nervous system. The parents’ desperate search for treatment eventually leads to “Lorenzo’s Oil.” The rare hereditary disease arises from the dysfunction of so-called “peroxisomes.” These are tiny bubbles surrounded by a membrane that are mainly responsible for detoxifying the cells. In addition to harmful hydrogen peroxide, very-long-chain fatty acids in particular are also metabolized there.

The research team used fruit flies as a classical model organism. The flies lacked a gene that encodes an important building block for the peroxisomes, which prevented the detoxification factories from working properly. The disease resembled peroxisome dysfunction in humans: Brain cells in the flies had died, so they could neither fly nor crawl.

“What was striking about these animals was that they showed a medium-chain fatty deficiency,” reports lead author Dr. Julia Sellin. “It is precisely these fatty acids that serve as fuel for energy production in the cell power plants — the mitochondria.” It was therefore reasonable to assume that additional feeding with the deficient fatty acids could compensate for the damage.

The scientists therefore put some of the flies with the missing gene on a diet of coconut oil, which is rich in medium-chain fatty acids. A control group was fed conventionally. It was found that only about 20 percent of the fruit flies larvae raised on standard food developed further into adult specimens. Most of these died within 24 hours, while the normal life expectancy is around 40 to 50 days. In contrast, about 55 percent of the larvae fed with coconut oil produced adult fruit flies that survived for several weeks. “With the diet, the fruit flies suffering from the peroxisome disorder are able to survive, which is not possible on a conventional diet,” summarizes Dr. Christian Wingen, the second lead author.

The damaged fly larvae showed symptoms of hunger stress. In the search for the causes, the team of researchers discovered lipase 3. This is an enzyme that mobilizes fatty acids from the storage fat as fuel when there is a lack of food. Lipase 3 was upregulated to provide more energy. However, in peroxisome diseases the mitochondria are affected, which is why the fatty acids could not be completely processed and accumulated to a toxic amount. Bülow: “This is probably the cause of death of the flies.”

Another important role is played by “ceramide synthase Schlank,” which was discovered several years earlier at the LIMES Institute. If the synthase is outside the cell nucleus, lipase 3 is upregulated, which leads to the described damage. The coconut oil diet however dampened the increased activity of lipase 3, thereby reducing cell damage. A team of researchers led by Dr. Reinhard Bauer was recently able to show that Schlank is involved in the regulation of lipase 3.

Can the fruit fly findings be transferred to humans? The researchers also investigated human cell lines derived from patients with peroxisomal biogenesis disease. These too showed that without a coconut oil diet, the mitochondria swell and free fatty acids accumulate in toxic concentrations. “We were able to transfer some aspects that we observed on flies to human cells,” summarizes Bülow. This is an important indication for a possible therapy approach in humans. “But there is still a lot of research to be done.”Also, according to experts, eating one tablespoon of olive oil a day could help you live longer.

Olive oil, a key component of the health-giving Mediterranean diet, has long been said to be beneficial to health.Now, medical consultant, Dr. Sarah Brewer, and dietitian, Juliette Kellow, claim in their new book ‘Eat Better Live Longer’ that the oil could add years to your life.They say the common cooking ingredient contains antioxidants which could help to prevent or slow down cancer growth and reduce the risk of heart attacks and strokes – some of the world’s most common killers.And it may reduce the damaging effects of cholesterol, blood pressure and age-related diseases, and improve cognitive function, the experts say.

Their claims add to years of scientific evidence suggesting the oil may help people avoid deadly diseases.The oil is high in calories – 100 per tablespoon, according to Brewer and Kellow – so it should be consumed in moderation. They suggest one tablespoon a day.But it is high in monounsaturated fats, which help to reduce cholesterol and cut the risk of heart attacks and stroke.

It also contains a lot of vitamin E which maintains healthy skin and eyes and strengthens the immune system.Cancer and heart disease, which olive oil is thought to reduce the risk of, are two of the biggest killers of people worldwide.“A review of studies found people with the highest intakes of olive oil compared with the lowest intakes were 34 per cent less likely to have any type of cancer,” Brewer and Kellow said.

“And particularly breast cancer. It’s not clear exactly how olive oil makes this happen, although lab-based studies show that polyphenols in olive oil may help to prevent the initiation and progression of cancer through their antioxidant action.”The pair say extra virgin olive oil gives the most health benefits and is best enjoyed raw, the Daily Express reports.Also, researchers say having a hot bath five or more times a week could help to prevent a heart attack or stroke.

A study found that a regular dip in the tub – at 41C (106F) – is healthy for the heart and reduces the chances of hardened, blocked arteries. It is believed being immersed in water shifts blood flow from the legs and abdomen to the heart, while the high temperature may reduce blood pressure.

Researchers monitored 873 men and women who took baths for an average of 12 minutes, measuring read-outs from the body important to prevent strokes and heart problems. The study, involving Japan’s Kyoto University and published in the journal Scientific Reports, states: “Favourable effects of sauna bathing on cardiovascular disease have been demonstrated. Hot water bathing is an alternative, and could also have similar effects.”

Meanwhile, studies have in the past linked olive oil consumption to healthier blood vessels, a reduced stroke risk, a lower chance of depression, healthy cholesterol levels, reduced breast cancer risk, and lower incidences of Alzheimer’s disease.It may also help to prevent pancreatitis, liver damage, and inflammation in the intestines. Brewer and Kellow say: “Extra virgin olive oil is also packed with polyphenols, many of which act as antioxidants and anti-inflammatories.

“This is a powerful combination – the antioxidants mop up cell-damaging free radicals, while anti-inflammatories combat unwanted inflammation in the body.”They add: “Many studies show a lower incidence of stroke in people who have good intakes of olive oil.”Scientists got an insight into how olive oil could fight cancer during a study at Rutgers University in New Jersey in 2015.

“The lysosome is the garbage dump, or the recycling centre, of the cell,” said researcher Paul Breslin.Professor Jeremy Pearson, of the British Heart Foundation, said: “We can all appreciate the benefits of a hot bath for soothing achy limbs and unwinding. However, there are also plausible reasons for why a long soak could be beneficial for a person’s heart health.

“This study shows an association between having regular hot baths and some indicators of better heart and circulatory health. However this is just an observation and might be related to other lifestyle factors, such as people who have regular baths may also be more likely to live a low-stress lifestyle, or have a healthier diet.” The latest study, led by Ehime University in Japan, asked people how often they bathed and took several measurements.

These included judging the thickness of two layers of the carotid artery to detect stiffened arteries and judging levels of a hormone released when the heart is overloaded and enlarged.This hormone was significantly lower in people who bathed five or more times a week, and these people had lower warning markers for atherosclerosis – hardened arteries blocked with fatty deposits, which can lead to a blood clot causing a heart attack or stroke.