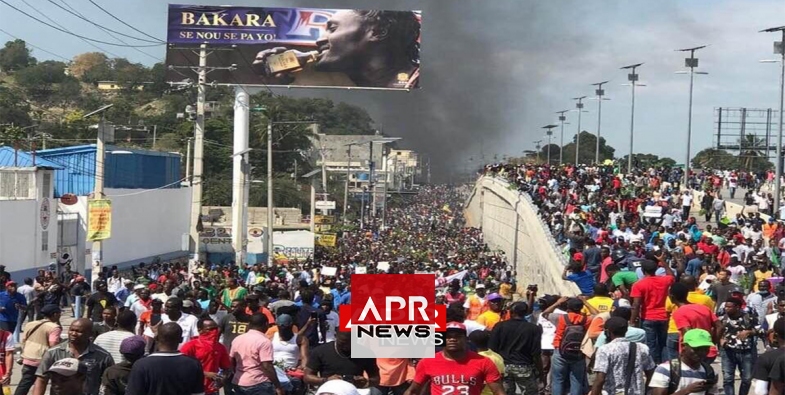 APRNEWS - Violent clashes broke out again in the Haitian capital of Port-au-Prince on Wednesday, leaving one person dead.

AFP said, a young man was killed Wednesday afternoon, a few meters from the office of the presidency, which was blocked by police with tear gas.

Protesters have been demanding the resignation of President Jovenel Moise over social equalities, exacerbated by systemic corruption.

At least 7 people have been killed since the beginning of the anti-government protest on Thursday.

A Haitian journalist was shot in the arm in the street at the city centre during shooting between police officers and a group of protesters, AFP said.

Haiti has been plunged into a deep political crisis since February 7.

Activities have been paralyzed by popular unrest in the main cities, often fraught with barricades.