Guardiola in need of Tottenham turnaround for some Champions League vindication 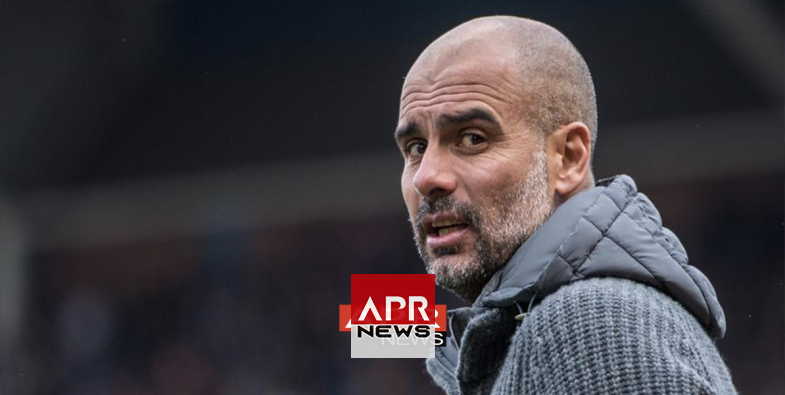 Guardiola in need of Tottenham turnaround for some Champions League vindication

APRNEWS - Manchester City remains in contention for a historic haul of four trophies this season, but winning the one by which Pep Guardiola’s time at the Etihad will be judged depends on overturning a 1-0 Champions League quarter-final, first leg deficit against Tottenham on Wednesday.

City’s long-term pursuit of Guardiola has delivered what it promised domestically.

Premier League records for points, goals and wins were smashed in romping to the title last season.

Guardiola’s men are on course to become the first side in a decade to retain the Premier League despite Liverpool, 18 times English champions, posting what is likely to be a club record points tally.

City has already retained the League Cup and will be heavy favourites to claim more silverware when they face Watford in next month’s FA Cup final.

However, the far less heralded Roberto Mancini and Manuel Pellegrini also won Premier League titles in the decade since the club’s Abu Dhabi backers began pouring in billions of pounds of investment.

The grand plan was for Guardiola to lead City to the promised land in the Champions League, which so far he has failed to do.

The Catalan has constantly used City’s lack of history in European football as a shield. Should the English champions turn the Tottenham tie around, it will be just their second ever appearance in the semi-finals.

“We are teenagers in this competition,” said Guardiola before his side swotted aside Schalke 7-0 in the second leg of their last 16 tie.

Yet, it is not Real Madrid, Barcelona or Bayern Munich that have dumped City out in Guardiola’s first two seasons, but Monaco and Liverpool.

Bowing out to a Spurs side 16 points behind City in the league and that spend nearly half the wage bill of Guardiola’s squad would leave a significant stain on an almost flawless season to this point.

“It is a good challenge for us. You have to live as a club, as players if we can do that,” said Guardiola after the first leg.

“We have a second game. It looks a little more complicated but every day, every hour is going to pass we will see it closer.”

Guardiola is also under the spotlight after he was accused of again over-thinking his team selection and tactics in the Champions League after defeat in north London last week.

It is now 10 games and eight years since a Guardiola side won an away Champions League quarter or semi-final, despite boasting three immensely talented teams in Barca, Bayern and City.

Guardiola made his name in winning the competition twice among 14 trophies in four golden years at Barcelona.

Failure to even reach the last four in his first three seasons at City would see his credentials as a Champions League specialist further diminished.

Against Tottenham, it’s time for his “teenagers” to come of age on the biggest stage.

Unusual: The woman with two vaginas.
An Australian woman is all the rage on OnlyFans because of a unique...
3675 vues
2