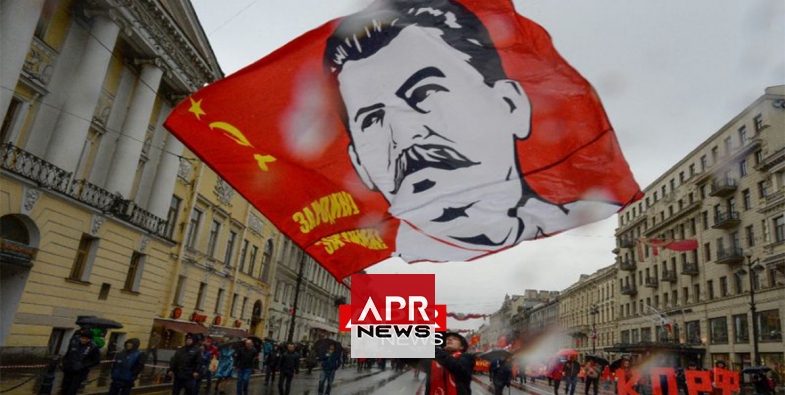 APRNEWS - An ultra-conservative journalist and MP who once said only God or Stalin could save Russia is set to be appointed head of the country's culture committee in parliament's lower house, media said Wednesday.

The nomination of Elena Yampolskaya to the high-profile post has provoked a mixed reaction in the country's arts community.

She was nominated by the ruling United Russia party meaning that parliament's lower house, the State Duma, is all but certain to vote her into the role.

"There is a monstrous appeal nowadays to 'come out from the shadow of Stalin'," Yampolskaya wrote in a 2013 article for the Kultura newspaper, where she heads the editorial board.

"It was precisely this man who was sent to keep Russia on the world map."

In an earlier piece she said only two powers could "preserve Russia from the abyss... the first is called God, the second is called Stalin".

"While we have time, let us choose the first option," said Yampolskaya, who has links to the Russian Orthodox church.

The journalist, who became an MP in 2016, said her newspaper enjoyed a boost in readership on the back of its support for Russia's 2013 gay propaganda law, which has been condemned by rights groups and foreign governments.

The parliamentary role was vacated after the death of Soviet film director Stanislav Govorukhin.

Vladimir Medinsky, the current Russian culture minister who is known for his fiercely nationalist views, has also previously held the post.

This year he explained a decision to block the release of the British comedy "The Death of Stalin" as "a question of morality".

Russian theatre director Iosif Reichelgaus said the nomination of Yampolskaya was "monstrous" and would make Medinsky seem like a "super liberal", in comments carried by the business media outlet BFM.

Others, such as pro-Kremlin writer Zakhar Prilepin, welcomed the move.

Joseph Stalin's legacy still divides the nation, with many seeing him primarily as the man who led the Soviet Union to victory over Nazi Germany in 1945 and drove the industrialisation of Russia.

Last year the Soviet dictator topped a poll by the Levada Center independent pollster which asked its respondents who they considered the most outstanding figure of world history.

Unusual: The woman with two vaginas.
An Australian woman is all the rage on OnlyFans because of a unique...
1889 vues
2

India : Exhausted Migrants Fell Asleep On Tracks. 17Run Over By...
Seventeen migrant workers in a group of 20 were killed after a cargo train...
1524 vues
3

United Kingdom : No more new petrol and hybrid cars from 2035
Prime Minister Boris Johnson is seeking to use the announcement to elevate...
1347 vues
4