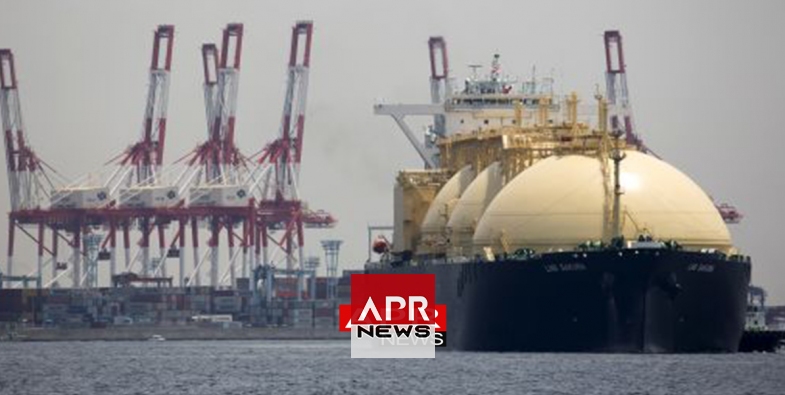 REUTERS - Natural gas is expected to overtake coal as the world’s second largest energy source after oil by 2030 due to a drive to cut air pollution and the rise in liquefied natural gas (LNG) use, the International Energy Agency (IEA) said on Tuesday.

The Paris-based IEA said in its World Energy Outlook 2018 that energy demand would grow by more than a quarter between 2017 and 2040 assuming more efficient use of energy - but would rise by twice that much without such improvements.

Global gas demand would increase by 1.6 percent a year to 2040 and would be 45 percent higher by then than today, it said.

The estimates are based on the IEA’s “New Policies Scenario” that takes into account legislation and policies to reduce emissions and fight climate change. They also assume more energy efficiencies in fuel use, buildings and other factors.

“Natural gas is the fastest growing fossil fuel in the New Policies Scenario, overtaking coal by 2030 to become the second-largest source of energy after oil,” the report said.

China, already the world’s biggest oil and coal importer, would soon become the largest importer of gas and net imports would approach the level of the European Union by 2040, the IEA said.

According to Reuters calculations, based on China’s General Administration of Customs data, China has already overtaken Japan as the world’s top natural gas importer.

Although China is the world’s third-biggest user of natural gas behind the United States and Russia, it has to import about 40 percent of its needs as local production cannot keep pace.

Emerging economies in Asia would account for about half of total global gas demand growth and their share of LNG imports would double to 60 percent by 2040, the IEA report said.

“Although talk of a global gas market similar to that of oil is premature, LNG trade has expanded substantially in volume since 2010 and has reached previously isolated markets,” it said. LNG involves cooling gas to a liquid so it can transported by ship.

COAL AND CARBON
The United States could account for 40 percent of total gas production growth to 2025, the IEA said, while other sources would take over as U.S. shale gas output flattened and other nations started turning to unconventional methods of gas production, such as hydraulic fracturing or fracking.

Global electricity demand will grow 2.1 percent a year, mostly driven by rising use in developing economies. Electricity will account for a quarter of energy used by end users such as consumers and industry by 2040, it said.

Coal and renewables will swap their positions in the power generation mix. The share of coal is forecast to fall from about 40 percent today to a quarter in 2040 while renewables would grow to just over 40 percent from a quarter now.

However, the world’s coal plants make up one third of energy-related carbon dioxide (CO2) emissions today. Many of those are in Asia, where average coal plants are on average 11 years old with decades left to operate, compared with an average age of 40 years in the United States and Europe.

“We can create some room for maneuver by expanding the use of Carbon Capture Utilization and Storage, hydrogen, improving energy efficiency, and in some cases, retiring capital stock early. To be successful, this will need an unprecedented global political and economic effort,” said Fatih Birol, the IEA’s executive director.

Energy-related CO2 emissions could reach a record high this year, the IEA said, and will continue to grow at a slow but steady pace to 2040. From 2017 levels, the IEA said emissions would rise by 10 percent to 36 gigatonnes in 2040, mostly driven by growth in oil and gas.

But this is “far out of step” with what scientific knowledge says would be required to tackle climate change, it added.