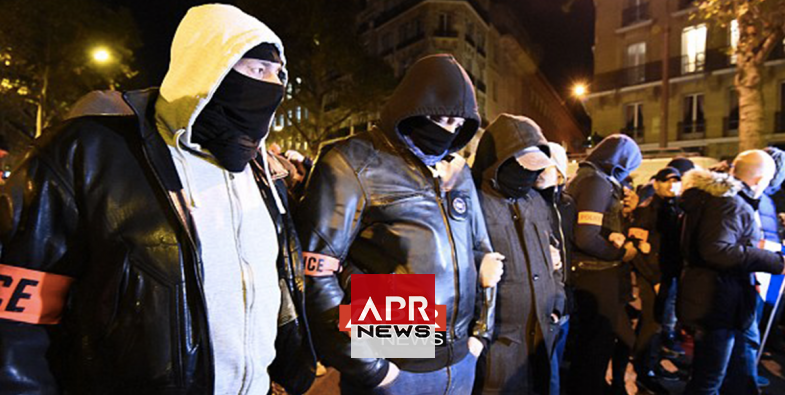 APRNEWS - France's interior minister is backing off allegations that anti-government protesters carried out an "attack" on a hospital during a chaotic May Day protest that saw marchers scale a fence and enter the hospital grounds.

Under pressure over the disputed events, Christophe Castaner acknowledged that "I should not have used the term" in describing what happened Wednesday at Pitié Salpêtrière University Hospital.

But he insisted that the intrusion was violent and it remains under investigation.

Authorities detained and later released 32 people in connection with the incident.

The director of the Paris public hospital system has said dozens of people scaled the fence and tried to storm an emergency exit in a post-surgery ward.

Activists with the Yellow Vest movement and others have suggested march participants were trying to escape police teargas.

Top officials at the Paris hospital – where Diana, Princess of Wales died in 1997 after a car crash – initially said protesters had broken into the hospital grounds then tried to enter an intensive care unit.

But mobile phone footage circulating on Facebook, apparently shot at the scene by one of the nurses on duty, appeared to give credence to the idea that they were merely fleeing a police crackdown.

The incident came during a hugely tense May Day rally which saw police clash with hardline protesters on the sidelines of the annual labour union march, which ended at Place d'Italie near the hospital.

Hospital director Marie-Anne Ruder told France Inter radio that a gate had been forced open and dozens of people had entered the grounds, some wearing the trademark high-visibility yellow vests and others with their faces covered.

She called the police because of their "violent and threatening behaviour". "Several dozen people tried to force the door into the intensive care unit," she told RTL radio, saying the police arrived 10 minutes later.

In the Facebook footage, however, a group of nurses standing on a metal staircase outside the intensive care unit appear to be filming those milling around below, when suddenly a group of people starts running from the direction of the gate.

As the frontrunners head for the staircase, the nurses rush inside, pulling the glass door shut just before the first protesters get there. "No, we can't let you in, this is the intensive care unit," they repeatedly say as some try to pull open the door.

After less than two minutes, the police arrive and the protesters peacefully file back down the stairs.

"There was no violence, at least towards us," said nurse Jerome Lecrecq, adding that the protesters seemed in "a state of panic".

While acknowledging that some people may have been seeking shelter, she alleged on Europe 1 radio that others may have been bent on theft, notably of hi-tech equipment.

Jean-Luc Mélenchon, leader of the ultra-left France Unbowed party, rubbished the interior minister's claims out of hand, accusing Castaner of making up a "pseudo attack" on the hospital.

The Yellow Vest protests erupted in November over social inequality with a show of anger against the policies of Macron, whom opponents accuse of not doing enough for workers and the poor. The weekly rallies have often spilt over into violence.

Macron has acknowledged the demands of many demonstrators are valid, and last month announced tax cuts and other measures to show he was listening.

No fresh cases in 42 districts in 28 days, clinical trials for...
The Indian Council of Medical Research (ICMR) has received approval to...
627 vues