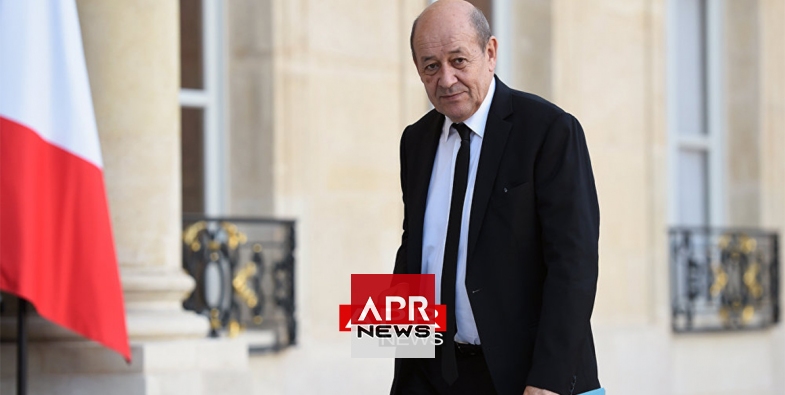 APRNEWS - French Foreign Minister Jean-Yves Le Drian arrived in Libya on Monday to push a Paris deal which paves the way for elections in the war-torn country.

Le Drian met the head of Libya's UN-backed government, Prime Minister Fayez al-Sarraj, in the capital Tripoli ahead of a series of talks with various political actors.

Speaking Sunday in neighbouring Tunisia, France's top diplomat said the visit was aimed at "making a success of the process which was approved during the Paris meeting".

The May 29 Paris talks brought together rival Libyan leaders for the first time, including Sarraj and military strongman Khalifa Haftar whose rival self-styled Libyan National Army dominates the country's east.

They agreed to work towards holding parliamentary and presidential elections by December 10, with the Le Drian's visit aimed at maintaining pressure on Libyan leaders to prepare for polls.

"It's necessary to continue to push along with those who are already in the process, to widen it to (include) others" in Libya, an aide to the foreign minister said.

The Paris agreement included a September 16 deadline to come up with an electoral law, forming the "constitutional base" for a vote later in the year.

Numerous observers view the timetable as overly ambitious, given ongoing instability with territorial disputes across the country and a flagging economy despite great oil wealth.

Aguila Saleh Issa, the parliament speaker based in Tobruk, and Khalid al-Mishri, head of the High Council of State in Tripoli, also attended the Paris meeting and agreed to support elections.

Unusual: The woman with two vaginas.
An Australian woman is all the rage on OnlyFans because of a unique...
3704 vues
2

India : Exhausted Migrants Fell Asleep On Tracks. 17Run Over By...
Seventeen migrant workers in a group of 20 were killed after a cargo train...
1870 vues
3

United Kingdom : No more new petrol and hybrid cars from 2035
Prime Minister Boris Johnson is seeking to use the announcement to elevate...
1637 vues
4

Tears and singing as abducted Nigerian students return to parents
Nearly two months after their abduction by armed gunmen, more than two...
1571 vues