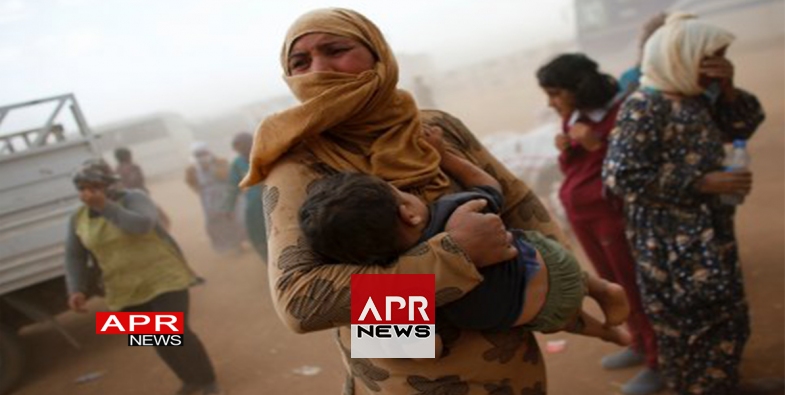 AFP - France announced Tuesday that it was sanctioning 25 people and companies over their links to Syria's chemical weapons programme, as diplomats were set to meet in Paris to push for action against perpetrators of the deadly attacks.

The list published in the government's official gazette gave the names and addresses of traders and businesses based mostly in Beirut, Damascus and Paris, as well as a Chinese businessman from the export hub of Guangdong.

The other individuals, who will face asset freezes under the French action, were either Syrian, Lebanese or Canadian with companies working in electronics, metal work, logistics or shipping.

No member of the Syrian government was targeted, with an aide in the French foreign ministry explaining: "We don't have enough information to enable us to take this up to the political level in Syria."

Diplomats from 29 countries including US Secretary of State Rex Tillerson were set to meet in Paris later Tuesday pushing for further sanctions and criminal charges against the perpetrators of chemical attacks in Syria.

On Monday, rights monitors said 21 people, including children, suffered breathing difficulties after an alleged chemical attack on a besieged rebel enclave outside Damascus.

Macron said in June that the use of chemical weapons was a "red line" and warned that France, which is part of the US-led coalition fighting jihadists with air strikes in Syria, would respond.

Macron's words echoed a warning by Barack Obama, who as president had said that any chemical weapons use would trigger a shift in his country's position on Syria.

After hundreds were killed in attacks near Damascus in August 2013, a landmark deal with Russia was struck to rid Syria of its chemical weapons stash, staving off US air strikes.

Despite the disarmament drive, chemical attacks have continued.

United Nations investigators have gathered evidence that the regime of President Bashar al-Assad has repeatedly used chemical weapons against rebels and civilians during the civil war since it erupted in March 2011.

France estimates that there have been 130 chemical attacks between 2012 and 2017, but the Islamic State extremist group is thought to have used chemical weapons too.

Russia and China have blocked Western-backed efforts at the UN to impose sanctions on Damascus over their use.