FG sues for peace in Ogoniland 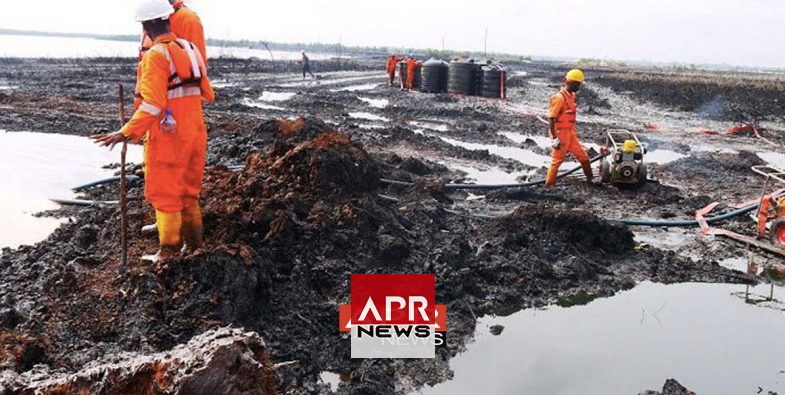 FG sues for peace in Ogoniland

APRNEWS - Ahead of the proposed clean-up in Ogoniland, the Federal Government has called on the people to remain peaceful and avoid taking actions capable of delaying the exercise in oil impacted communities in the area.

Dekil, who spoke at a sensitisation and town hall meeting with stakeholders in the area, reiterated the Federal Government’s commitment to the clean-up exercise.He said that peace was needed in the area to enable contractors to commence clean-up of decades-long oil spills in the area.
“Ogoni people will recall that HYPREP had in January presented and handed over the sites to contractors who were tasked to carry out the remediation works in the communities.

“Our meeting today would have been to inform the people of the level of work achieved by the contractors working in the communities.“But, regrettably, we do not have any report to give.

The reason is not far-fetched as restiveness affects people and activities in which the clean-up exercise is not an exception,” he said.He, however, said that remediation works had fully commenced in Eleme local Government Area with youths in the area engaged by the contractors.

His words: “In Eleme, contractors have mobilised to site; equipment is on ground and work has fully commenced in most of the sites.“To this end, youths in these communities are engaged at different levels in each of the sites,” he said.According to NAN, Dekil said that youth engagement and empowerment was a critical component of the clean-up project as recommended by the United Nations Environment Programme (UNEP). He said that 15 Ogoni youths were recently trained on fabrication of cassava processing machines at the International Institute of Tropical Agriculture (IITA) in Onne, Rivers.

According to him, the agency was in advanced stage to train another set of 400 youths in line with the UNEP recommendations.“So, we are urging the youths of Ogoni to give peace a chance; support the clean-up project and take full advantage of the opportunities that the clean-up brings,” he said.Also speaking, the Chairman of Khana Local Government Council, Lateh Loolo, commended HYPREP on its commitment toward the remediation exercise and assured of the council’s support. Loolo said that poverty and unemployment among Ogonis youths were factors responsible for the restiveness in some parts of the area.“We are confident that HYPREP will deliver on its mandate and we assure it that we will give all the necessary support needed to ensure success of the project.