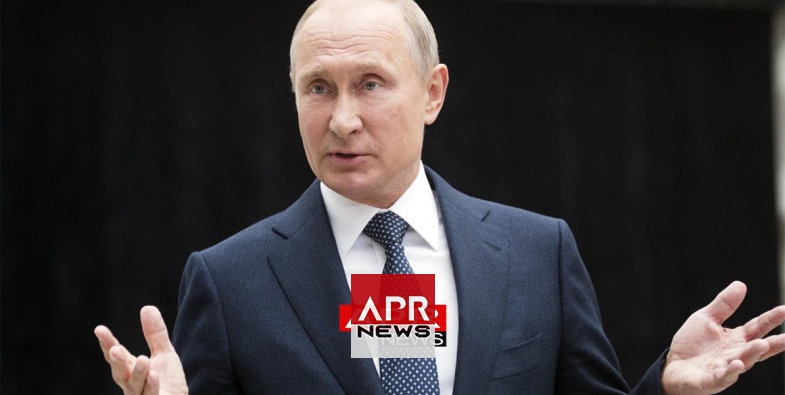 REUTERS - Russia’s military spies are being mocked abroad as bunglers but the army’s influence over Kremlin foreign policy is growing and there is little likelihood it will halt its “black operations”.

The GRU military intelligence agency is blamed by the West for several botched attacks this year, including attempting to kill former spy Sergei Skripal with a nerve agent in the English city of Salisbury and trying to hack the global chemical weapons watchdog in the Netherlands.

Russia’s denials of wrongdoing have at times caused incredulous laughter in the West and some of the world’s media have cast the GRU, which helped annex the Crimea peninsula from Ukraine in 2014, as blundering amateurs.

But Western intelligence experts and Russian sources familiar with policy-making in the Kremlin say the West must stay on its guard.

“It’s easy to laugh at some of the GRU’s poor tradecraft and their ability but we should not underestimate them nor indeed the dangerous and reckless use of nerve agent on our streets,” British Security Minister Ben Wallace told a security conference in Britain on Tuesday.

Intelligence experts say the GRU has stepped up its activities including black operations - covert missions that are not attributable to the organization carrying it out - as tensions mount between Russia and the West, which has imposed sanctions on Moscow over the annexation of Crimea.

“What Russia is doing is operating by wartime rules which means particularly that the GRU has been let off the leash,” said Mark Galeotti, a fellow at the European University Institute in Florence.

“As the East-West confrontation worsens that empowers these combative agencies and the GRU is being much more active,” he said, adding that the GRU at times had freedom to choose how best to carry out orders from higher up.

If the West hopes public shaming will prompt President Vladimir Putin to muzzle the GRU, whose official emblem features a bat hovering above the globe, it is likely to be disappointed.

A source close to the Defence Ministry, who declined to be named, said the GRU would continue its work.

“We are under attack,” said the source. “We need to be robust.”

Asked on Monday if there would be a shake-up at the defense ministry, Dmitry Peskov, Putin’s spokesman, said the low quality of the allegations leveled at GRU did not justify such changes.

“Russia believes there’s no point in reducing the GRU’s activities because that would be a unilateral concession that would not yield anything and probably be seen as a sign of weakness,” said Tatyana Stanovaya, who is well connected to the political elite and runs political analysis firm R.Politik.

“I think that malicious operations could even be conducted more often than in the past,” she said.

The Kremlin is dismayed by fraying informal communications channels between Western and Russian intelligence agencies, she said, and sees the espionage world as a realm without rules.

Putin, a former intelligence officer himself, sounds defiant. He said last week espionage was one of the world’s most important professions and dismissed Skripal as a traitor.

Despite Western media allegations about the GRU’s alleged incompetence, there has been pride in some quarters in Moscow.

“If anyone had doubts that our employees work everywhere they shouldn’t have any now,” Konstantin Zatulin, a lawmaker, told state TV, while declining to confirm the allegations.

“A FEW EMBARRASSING NEWS CYCLES”
The attacks on the Organisation for the Protection of Chemical Weapons in the Netherlands and on Skripal, in which the former spy and his daughter were poisoned with the nerve agent Novichok but survived, are not the only signs the West sees of the GRU’s increased activity.

The United States has indicted seven suspected spies and the West has united to accuse the GRU of a global hacking campaign.

Britain produced CCTV footage of the two suspects it says tried to kill Skripal and investigative website Bellingcat on Monday named the second suspect as a GRU military doctor after earlier naming the first man.

The Netherlands has named the four suspected GRU agents it says tried to hack the OPCW.

But there are no signs the Kremlin is more than momentarily embarrassed by the GRU’s public woes, Galeotti said.

“I suspect that the Russian calculation is that if it’s just a few embarrassing news cycles, some tough words, and a bit of embarrassment we can just ride this out,” he said.

From a Russian perspective, Vladimir Frolov, a former senior Russian diplomat, said the GRU’s blunders were not a disaster.

“What was shown was nothing more than working hitches in extraordinarily risky but effective operations which achieved their main aims,” Frolov wrote in Russia’s Republic magazine.

The GRU has become much more active since the annexation of Crime because of a broader foreign policy.

Before 2014, Moscow mainly confined itself to the former Soviet Union. But since then, Russia has become more active in the Middle East and Africa, while the United States and European countries have accused Moscow of interference in their affairs.

There are other signs of the army’s rising influence besides the uptick in the GRU’s activity.

Particularly vocal on Syria, where Russia helped turn the tide of war in President Bashar al-Assad’s favor, the Defence Ministry was out of the traps even before the Kremlin when Syrian forces accidentally shot down a Russian military plane last month, accusing a “hostile” Israel of causing the incident.

Defence Minister Sergei Shoigu was also one of only two companions Putin took with him when he went hiking this summer, the other being the head of the FSB security service. Shoigu, 63, is not involved in party politics but opinion polls often put him among the most popular presidential possibles.

In another sign of the military’s and his own growing influence, Shoigu has ordered a giant cathedral dedicated to the armed forces to be erected in Moscow and only last week spoke of the need to create a second capital city in Siberia.

“The army’s influence will rise,” said R.Politik’s Stanovaya. “Putin believes Russia is in a state of war.”