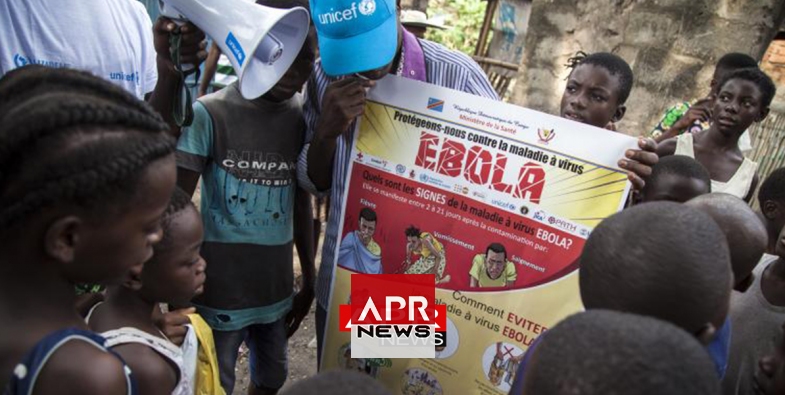 APRNEWS - The United Nations Children’s Fund (UNICEF) on Tuesday said children are particularly affected by the ongoing Ebola outbreak in the eastern Democratic Republic of Congo.

Ebola treatment centres in Beni and Mangina are currently treating six children infected with the virus or are suspected cases. Two children have already died from the disease.

The Unicef says it has identified 53 orphaned children who have lost their parents to the deadly viral disease.

They all died of Ebola. It was my entire family. It was my mum initially and then my sisters and aunts followed. Another is in hospital. I've lost eight family members.

This 13-year-old, whose identity is not revealed has lost eight members of his immediate family to Ebola.

“They all died of Ebola. It was my entire family. It was my mum initially and then my sisters and aunts followed. Another is in hospital. I’ve lost eight family members,” he said.

Health workers are on a campaign drive to speak to people including children about Ebola and how to protect themselves from the virus.

“The impact of the disease on children is not limited to those who have been infected or suspected. Many children are faced with the illness or death of their parents and loved ones, while some children have lost large parts of their families and become isolated. These children urgently need our support,” Gianfranco Rotigliano, the UNICEF representative in Congo, said in a statement.

Unicef and its partners have trained 88 psychosocial workers to assist and comfort children in centres, and to support children discharged as free of Ebola, but may be at risk of stigmatization within the community.

“I can’t just kill myself; I must continue to live even in this situation,” the 13-year old teenager said.

The country has begun using the experimental mAb114 Ebola treatment which authorities have described as successful.

The DRC has experienced 10 Ebola outbreaks since the virus was discovered in 1976, altogether killing some 900 people.