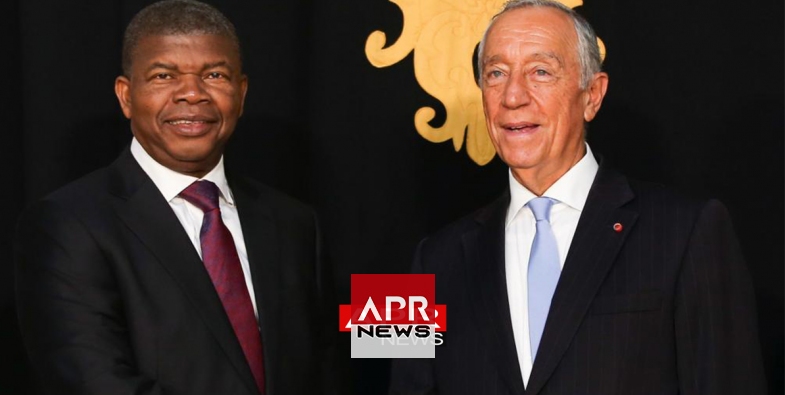 APRNEWS - Portuguese President Marcelo Rebelo de Sousa is in the Angolan capital of Luanda where, together with his counterpart Joao Lourenco, they will continue to restore relations that have previously been strained by anti-corruption issues.

The visit follows Angolan leader Joao Lourenco’s landmark November visit to Lisbon in which he sought to set aside tensions created by Portugal’s investigation of graft under his predecessor Jose Eduardo dos Santos.

“This state visit clearly marks a new chapter in the already strong relations between our two countries,” said Lourenco, who added both sides were working towards “developing exemplary relations”.

De Sousa said there was a “political will to overcome the problems of the past”.

“The current level of political and economic relations between Portugal and Angola is excellent.”

During the November trip Lourenco compared the fight against corruption in his country to “touching a wasps nest”.

Angola, a Portuguese-speaking oil-rich country, is one of Africa’s poorest countries and nearly half of the population lives below the poverty line.

The diplomacy marks an effort to move beyond the legacy of colonial rule over Angola that ended in 1975 when Portugal withdrew without handing over power and Angola sank into civil war until 2002.

Angola also entered a new era in 2017 when Dos Santos, who ruled with an iron fist from 1979, stepped down and was replaced by Lourenco.

A key source of friction between Luanda and Lisbon was removed in May when a Portuguese court decided that Angola’s former vice president Manuel Vicente can face a corruption trial in Angola instead of Portugal.

Lourenco had demanded that the trial take place in his country, “so that relations between Angola and Portugal can return to the level of the recent past”.

Chatham House analyst Alex Vines said the visit “is a further step in the normalisation of bilateral relations”.

“A year ago the relationship was fractious — mostly due to a Portuguese judicial investigation into allegations of corruption surrounding the former vice president Manuel Vicente,” he added.

“When Portugal handed over the investigative process to come under Angolan law, a remarkable thawing resulted in President Joao Lourenco visiting Portugal officially in late 2018 and now this further step in rapprochement.”

Lourenco has pledged to fight corruption and rebuild the economy of the second-largest oil producer in sub-Saharan Africa, which has still not recovered from the 2014 plunge in oil prices.