Democratic Republic of Congo: Upsurge in Killings in ‘Ebola Zone’ 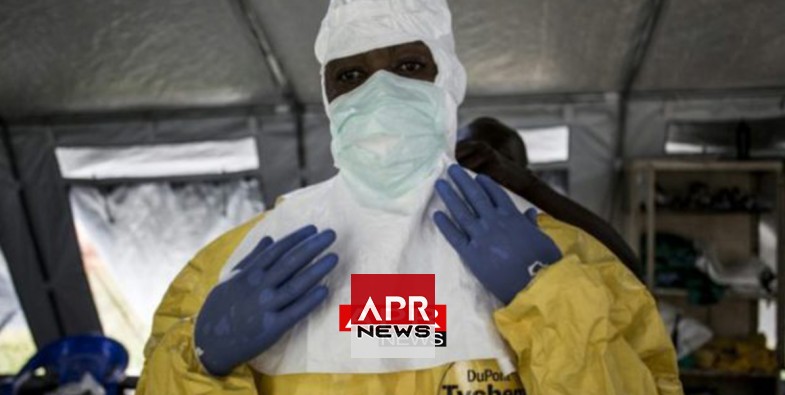 Democratic Republic of Congo: Upsurge in Killings in ‘Ebola Zone’

APRNEWS - Unidentified fighters have killed more than 1,000 civilians in Beni territory in eastern Democratic Republic of Congo in a series of massacres beginning four years ago, Human Rights Watch said today. On September 22, 2018, fighters killed 17 people in Beni town, bringing the number of civilians killed this year to at least 235. On September 24, fighters attacked the town of Oicha and abducted 16 people, mostly children, who remain missing.

The Office of the Prosecutor of the International Criminal Court (ICC) should expand its Congo investigation to cover the attacks that began in Beni on October 2, 2014, Human Rights Watch said. The United Nations peacekeeping mission in Congo (MONUSCO) should strengthen its analysis capabilities and community engagement to uncover responsibility for the attacks and improve protection for civilians.

“The brutal killings of Beni residents won’t end until the commanders of the responsible forces are brought to justice,” said Ida Sawyer, deputy Africa director at Human Rights Watch. “As Congolese authorities have not credibly investigated or prosecuted these atrocities, the International Criminal Court should investigate them for future trials.”

According to the Kivu Security Tracker, a joint project of Human Rights Watch and the Congo Research Group, at least 235 people were killed in more than 100 attacks in Beni between January and September. Many were hacked to death with axes or machetes or shot dead. More than 165 civilians have been kidnapped for ransom or abducted, and dozens of others have been wounded or disappeared this year.

The attacks complicate efforts to stem an Ebola virus outbreak that has left at least 70 people dead since August. The risks of the outbreak worsening are heightened, with health workers unable to access some areas due to the insecurity and neighboring Uganda facing an “imminent” threat, according to the World Health Organization.

Human Rights Watch has conducted seven research visits to Beni territory over the last four years and spoken to more than 200 victims and witnesses to attacks, as well as with Congolese army and government officials, UN officials, and others.

Congolese government and army officials have repeatedly asserted that nearly all attacks in Beni have been carried out by the Allied Democratic Forces (ADF), a Ugandan-led Islamist armed group that has been in the area since 1996. But Human Rights Watch research, as well as findings by the UN Group of Experts on Congo, the New York-based Congo Research Group, and Congolese human rights organizations, point to the involvement of other armed groups, and certain Congolese army officers, in planning and carrying out many of these attacks. The ADF also appears to have splintered, with some ADF fighters working with local armed groups.

In 2016, the UN Group of Experts found that Brig. Gen. Muhindo Akili Mundos, a Congolese army commander with close ties to President Joseph Kabila who was responsible for military operations against the ADF from August 2014 to June 2015, had established a new armed group by recruiting ADF fighters, former fighters from local armed groups known as Mai Mai, and others. This group was implicated in some of the massacres in Beni territory that began in October 2014, according to the Group of Experts.

Mundos was sanctioned by the European Union in May 2017 and by the UN Security Council in February 2018 for his alleged involvement in serious human rights abuses, including in Beni. Mundos was deployed to Ituri in mid-2015 and to the eastern city of Bukavu in August 2018. It is unclear whether he plays a role in the ongoing killings.

The Congolese army launched new military operations against armed groups in Beni in January – this time without MONUSCO’s support. Led by Gen. Marcel Mbangu, the army promised it would be “the last military operation to restore peace and security in the region.” Yet the new offensive coincides with an increase in attacks on civilians, according to independent researchers and the UN Group of Experts.

As during previous military operations in Beni, many local civilians note the inefficacy of the army’s efforts and its failure to respond when community members report an attack or the suspicious presence of armed men.

“The only thing they’re doing is protecting themselves,” a farmer in Beni told Human Rights Watch. “When they attack armed groups, they just push them back, but they don’t actually pursue them.”

“I saw a few dozen people loot the little shop right in front of our house and then kill the owner,” said a local resident of the September 22 attack on Beni town. “How could they make it past the army camp nearby? The soldiers and police just fled. We’re abandoned, and we’ve been thrown into the lions’ den.”

A Congolese military operational court in Beni, which has no right of appeal, tried about 180 suspects for their alleged role in the killings, including alleged ADF fighters, civilians accused of collaborating with the ADF, and Congolese soldiers. In January, more than 130 people were convicted, including three army colonels.

Congolese authorities did not investigate the alleged role of General Mundos. Independent trial observers described numerous concerns about the credibility of the trial including witness tampering, a lack of due process for the accused, and a failure to thoroughly investigate leads regarding the alleged involvement of more senior commanders. Human rights activists and independent researchers said they were intimidated by Congolese security officials, and several were forced to flee the area.

The ICC has jurisdiction over serious international crimes committed in Congo. It opened an investigation there in June 2004 and has brought several cases to trial, but the ICC has not prosecuted recent crimes.

For several years Congolese youth movements and human rights groups have organized peaceful protests demanding an end to the killings in Beni and international engagement to improve security and bring those responsible to justice. Congolese security forces have beaten or arrested peaceful protesters during these demonstrations, including in the capital, Kinshasa, on September 27, when 29 people were arrested.

“Over four years, the Congolese government has proved incapable of putting an end to the abuses and suffering in Beni,” Sawyer said. “Beni needs more international action to protect  civilians, bring perpetrators to justice, and help health workers trying to tackle Ebola.”