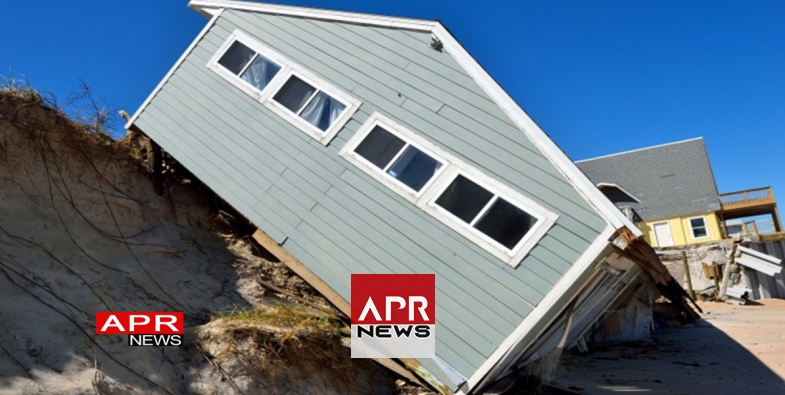 BBC - Five people have been killed in storm-related accidents as hurricane-strength winds tear across northern Europe. 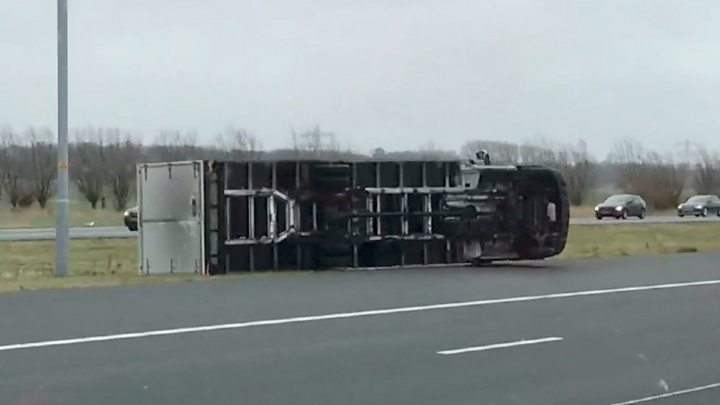 Three people died after being hit by falling trees and debris in the Netherlands and one in Germany.

A second German was killed in a collision when his van was blown on to the wrong side of the road.

Facing gusts of up to 140km/h (90mph), Germany's train operator Deutsche Bahn cancelled all long-distance services for the rest of Thursday.

Many regional services were also cancelled.

Flights at Schiphol airport in Amsterdam - one of the busiest in Europe - were briefly suspended and two of its three departure halls were closed after roof plates were blown off the terminal building.

More than 300 flights were cancelled and the airport said passengers should check their flights status online or contact their airline.

People arriving at Schiphol told reporters they had experienced rough landings with some passengers around them throwing up.

The storm, called Friederike in Germany, is due to cross the country from west to east before reaching Poland overnight. 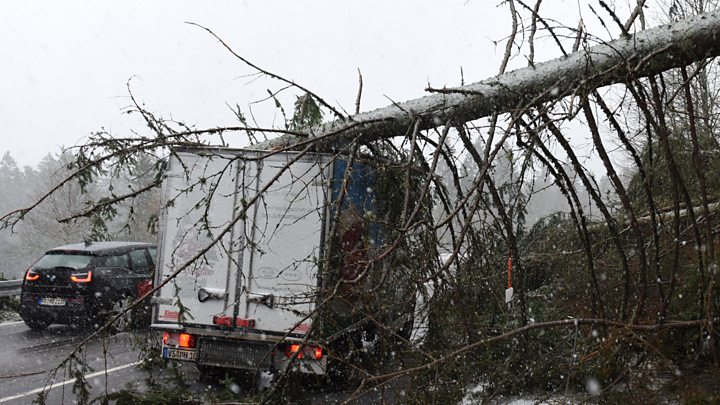 It caused high winds in the UK on Wednesday night and Thursday morning, bringing down trees and knocking out power to tens of thousands of homes.

German meteorologists are warning people to stay indoors, and many schools are closed.

The national train operator, Deutsche Bahn, had already suspended rail traffic in North Rhine-Westphalia (NRW), neighbouring Rhineland-Palatinate state and Lower Saxony, when it announced a Germany-wide suspension of long-distance trains. Any regional trains still running have cut their speed because of the strong winds.

A spokesman said it was the "right decision" due to the risk of trees falling on overhead wires and on tracks.

Many domestic flights have also been cancelled.

An emergency siren wailed in the city of Duisburg, warning residents that they should stay indoors, German news website WDR reported.

Twitter users have posted photos of trucks and trees blown over by the gales. Many trees have come down on railway lines.

Police temporarily closed the centre of Almere, a Dutch city with about 200,000 residents lying just east of Amsterdam.

They tweeted an alert warning people to stay at home because of risk from the storm. 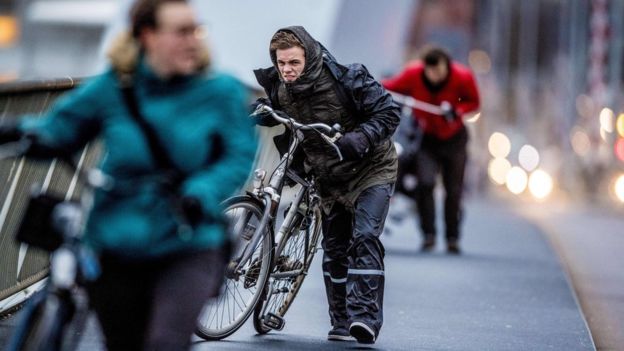 A national transport website, VID, reported that at least 17 trucks had been blown over by the strong winds.

The Dutch Railways (NS) and operator ProRail said overhead power lines had been damaged by the wind, as well as some railway tracks.

An alert on the NS website said that "at most, only a few trains" would run throughout the evening. 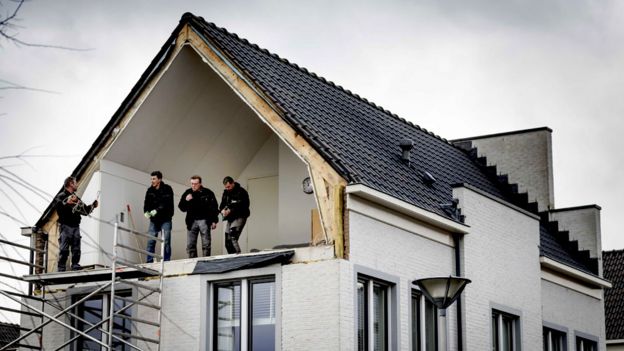 United Kingdom : No more new petrol and hybrid cars from 2035
Prime Minister Boris Johnson is seeking to use the announcement to elevate...
250 vues
2

India : Exhausted Migrants Fell Asleep On Tracks. 17Run Over By...
Seventeen migrant workers in a group of 20 were killed after a cargo train...
107 vues
4

No fresh cases in 42 districts in 28 days, clinical trials for...
The Indian Council of Medical Research (ICMR) has received approval to...
89 vues