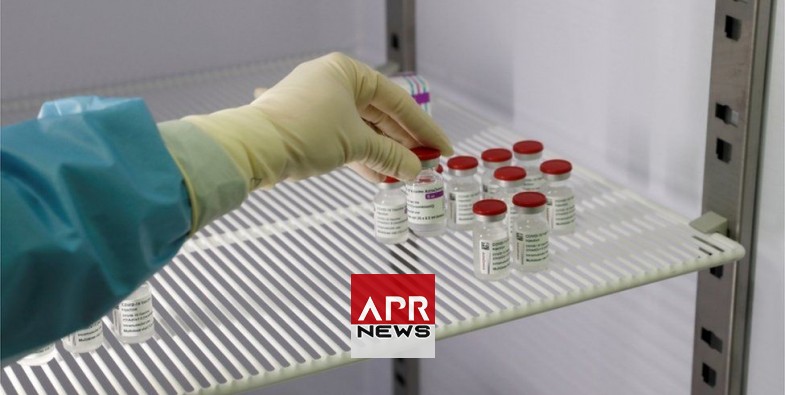 The Italian government has blocked the export of an Oxford-AstraZeneca vaccine shipment to Australia.

The decision affects 250,000 doses of the vaccine produced at an AstraZeneca facility in Italy.

Italy is the first EU country to use the bloc's new regulations allowing exports to be stopped if the company providing the vaccines has failed to meet its obligations to the EU.

Australia said losing "one shipment" would not badly affect its rollout.

The move has been backed by the European Commission, reports say.

AstraZeneca is on track to provide only 40% of the agreed supply to member states in the first three months of the year. It has cited production problems for the shortfall.

In January, then Italian Prime Minister Giuseppe Conte described delays in vaccine supplies by both AstraZeneca and Pfizer as "unacceptable" and accused the companies of violating their contracts.

The EU has been widely criticised for the slow pace of its vaccination programme.

Under the EU vaccine scheme, which was established in June last year, the bloc has negotiated the purchase of vaccines on behalf of member states.

There has been no official comment on the Italian move by the EU or AstraZeneca. 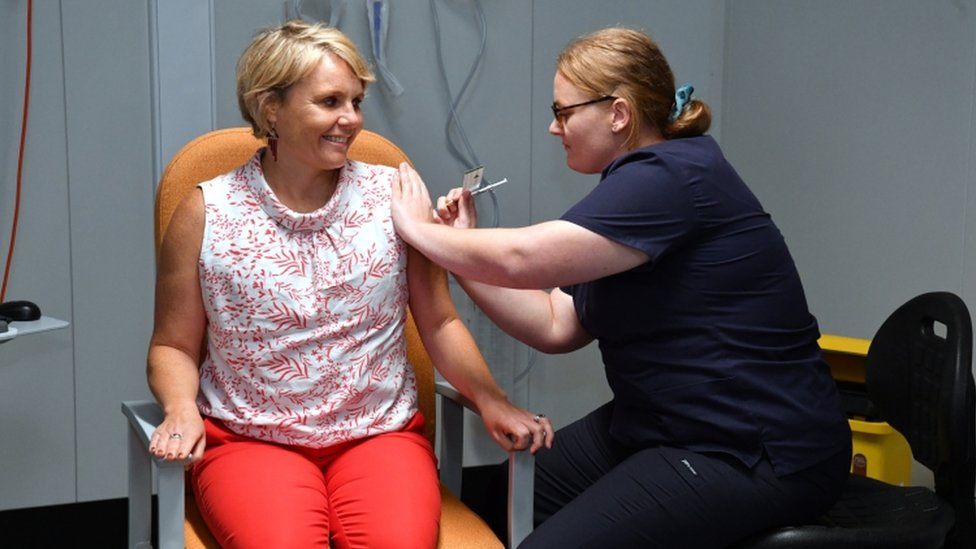 What does Italy say?

The Italian government approached the European Commission last week to say that it was its intention to block the shipment.

In a statement on Thursday, the foreign ministry explained the move, saying it had received the request for authorisation on 24 February.

It said that previous requests had been given the green light as they included limited numbers of samples for scientific research, but the latest one - being much larger, for more than 250,000 doses - was rejected.

It explained the move by saying that Australia was not on a list of "vulnerable" countries, that there was a permanent shortage of vaccines in the EU and Italy, and that the number of doses was high compared with the amount given to Italy and to the EU as a whole.

What does Australia say?

Australia said it had already received a shipment of 300,000 doses and planned to begin local production next month.

"Domestic production starts with 1 million [doses] per week of deliveries from late March and is on track," said Health Minister Greg Hunt.

"This [Italy] shipment was not factored into our distribution plan for coming weeks."

In the acrimonious vaccine war, this is a muscular move by one of the European Union's heavyweights.

It is the first such ban under a new EU scheme in which manufacturers must request authorisation for export from the country in which the vaccine is produced.

Italy's new Prime Minister Mario Draghi, an influential figure in Europe as the former president of the European Central Bank, argued in a videoconference with EU leaders that the rules should be applied rigorously, furious at reductions by AstraZeneca of up to 70% in the doses it was contracted to provide.

Mr Draghi has prioritised ramping up the vaccination programme. He is clearly determined to show that his country - and the EU - will use all means necessary to do so.

How did the row with AstraZeneca come about?

The EU signed a deal with AstraZeneca in August for 300 million doses, with an option for 100 million more, but earlier this year the UK-Swedish company reported production delays at plants in the Netherlands and Belgium.

Instead of receiving 100 million doses by the end of March, the EU is now expected to get just 40 million.

The EU accused the company of reneging on its deal, with EU Health Commissioner Stella Kyriakides saying that UK factories making the vaccine should make up the shortfall.

Ms Kyriakides also rejected AstraZeneca CEO Pascal Soriot's characterisation of the contract as one of "best effort" rather than an obligation to meet a deadline for delivery of vaccines.

As a result of the row, the EU announced export controls which began on 30 January, known as the "transparency and authorisation mechanism".