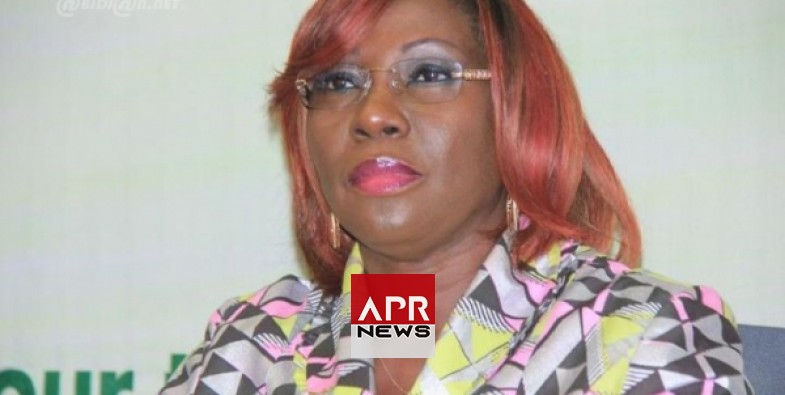 Kandia Camara is well known for the services of Alassane Ouattara, of whom she is a close relative. The story goes back to the year 1994.

Kandia Camara, then a member of the PDCI-RDA’s Political Bureau, and moreover General Secretary of the all-powerful PDCI-RDA Women’s Union (UFPDCI-RDA) and founder of the Women’s Gathering and Awareness Committee for the PDCI-RDA, announced her resignation in the press and made headlines. In the aftermath, her friend Ami Cissé introduces her to Rokia Ouattara, Alassane Ouattara’s younger sister.

She is congratulated by Minister Grah Claire, Minister for the Promotion of Women under President Félix Houphouët-Boigny, who in turn will bring her the congratulations of several personalities, including Gaoussou Ouattara, elder brother of ADO. In fact, it is Gaoussou Ouattara who will pass on Alassane Ouattara on the phone for the first time. That was the trigger. Kandia Camara enters the Ouattara family, takes part in both happy and unhappy events, and even gives the name Dominique to her only daughter, Dominique Camara, in homage to Dominique Ouattara, wife of the Head of State and First Lady of Côte d’Ivoire. She took part in the creation of the Rassemblement des républicains (RDR) which came into being in 1994, where she set down her suitcases, and where she was in turn national president of the Republican Women (1998-2006), and general secretary of the party (2017-2019).

Holder of a Certificate of Advanced Studies in Education from Lancaster University, England, and a BA in English from the Faculty of Letters of the National University of Abidjan, Kandia Camara has been managing Côte d’Ivoire’s education policy for about ten years without interruption. An English teacher, it was in 1983 that this close relative of Alassane Ouattara and the late Prime Minister Amadou Gon Coulibaly, “his brother”, started teaching general and speciality English, and this until 2002, notably at the Modern College of Cocody, Treich-Laplène College and the Hotel Vocational High School of Abidjan.

This teacher by training, a trade unionist at heart for most of her life and a militant in the early days of the Rassemblement des Républicains (RDR), then of the Rassemblement des Houphouëtistes pour Démocratie et la Paix (RHDP), the presidential party of which she is one of the founding members, a member of the political council and the executive board, has privileged access to Alassane Ouattara with whom she regularly exchanges views on the life of the party and the nation.

In 2011, following the inauguration of President Ouattara, Kandia Camara enters the government as Minister of National Education. Then in 2012, the “National Perpetuation”, as she calls herself in the RHDP, sees her powers strengthened: technical education will be added to her. This makes her the Minister of National Education and Technical Education (2012-2018). In the summer of 2018, the former African handball champion (1981) and also six times champion of Côte d’Ivoire (1974-1980) will become more powerful in the entourage of ADO. In government, the effect is immediately felt: Kandia Camara is now Minister of National Education, Technical Education and Vocational Training. She is a “super minister” who has the reputation of not backing down from any challenge. Above all, she is an Amazon with a spirit of victory at all times.

A first-rate politician, former president of the Movement of Pupils and Students of Côte d’Ivoire (MEECI) of the Lycée moderne des jeunes filles de Bouaké, from 1978 to 1980, member of the national bureau of the National Union of Secondary School Teachers of Côte d’Ivoire (SYNESCI), between 1987 and 1991, and member of the Association of Women Teachers of Francophone Africa (1989-1991), she has the advantage of being well versed in the realities of the Ivorian education system. She is from home. Kandia Camara takes up her government function and launches vast projects in the heart of the ministerial department she heads.

The Minister of National Education doubles everything. The operating budget is boosted, from 2 915 162 705 768 CFA francs to 6 625 700 591 799 CFA francs, and allows, for example, the revaluation of the salary index of the workers of her ministry to motivate them more to face the challenges of school that await them. The investment budget line is also revised upwards, from 384,381,120,937 CFA francs to 470,858,172,665 CFA francs. It undertakes major investments, in particular for the construction of schools and classrooms for pre-school, primary, community colleges, mixed high schools, girls’ high schools, and teacher training and activity centres (CAFOP).

The budget of the Ministry of National Education, Technical Education and Vocational Training, which has just been adopted, amounts to around 1 011 billion CFA francs, broken down as follows: 77% of the budget will be allocated to the wage bill, 3% to operations, and a large part will be devoted to increasing intake capacity (construction and/or rehabilitation of classrooms). The priorities are set out and the action plan is known. Kandia Camara‘s approach is highly appreciated by the Ivorian presidential palace. Under Kandia Camara’s leadership, the ministry’s services are committed to increased monitoring of school exams, the reduction of fraud, and a schedule and division of the school year that is carefully orchestrated and takes into account all the hazards that could arise, as in the case of Covid-19.

Kandia Camara, it is above all reforms that are changing the Ivorian education system in a positive way. In 2015, she managed to get the law on compulsory schooling for children between 6 and 16 years old, as well as free schooling at primary level, passed in the National Assembly. A fervent ambassador for literacy for all, wherever you are, she has fought to make it a national cause. Kandia Camara is the mother of digital literacy in Côte d’Ivoire.

Together with her friend and “sister” Irina Bokova, Director-General of UNESCO (2009-2017), Minister Camara has worked on cutting-edge formulas to make literacy a powerful tool for education, thus joining their expertise for this noble cause. Internationally acclaimed for her ongoing commitment to working towards quality education for all, Kandia Camara is co-chair of the Global Literacy Alliance, a member of the bureau of the Conference of Ministers of Education (CONFEMEN) which she led from 2014 to 2016, a member of the International Organisation of La Francophonie (OIF) and the Association for the Development of Education in Africa (ADEA). Honorary deputy mayor of the municipality of Abobo, a municipal councillor at the Cocody town hall in Abidjan in the 1990s, she is the author of several publications and books, such as Tout sur le RHDP, (Abidjan, NEB, 2019), and AGC, tel que je connais l’homme, (Abidjan, NEB, 2020).

An activist for the cause of women, Kandia Camara is available and empathetic in all matters relating to the socio-economic upliftment of women, their development and ensures night and day that women have the dignity they deserve in society. All this while remaining at the service of her country, Côte d’Ivoire.