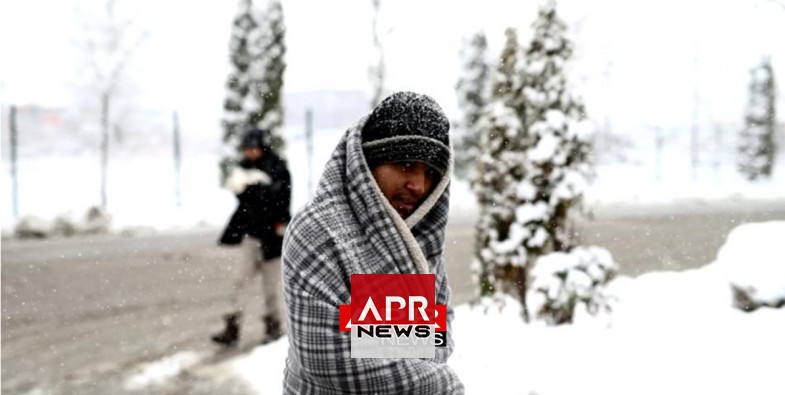 REUTERS - Harsh weather conditions and tight police border controls have stopped thousands of migrants from attempting to cross into Croatia at the European Union’s Balkan frontier, leaving them stuck in impoverished Bosnia until spring.

Over 3,000 people have been cramped in three improvised migrant centers in the Bosnian towns of Bihac and Velika Kladusa, on the Croatian border, with emergency workers rushing to provide them with accommodation and food as winter bites.

“Here is a big problem with winter, when it is finished, I’m going to try again,” said Hamza from Pakistan, echoing the words of others interviewed by Reuters in the Bira center in Bihac.

A small refugee town has been set up in the giant concrete halls of a former factory, accommodating more than 2,000 migrants and refugees in heated tents and containers. They have three meals a day and access to medical services.

On Friday, some of the 180 unaccompanied minors from the center were enjoying playing in fresh snowfall, taking selfies.

The European Union has allocated more than 9.2 million euros ($10.4 million) to help Bosnia cope with the migrant influx before the winter, channeling funding through the International Organization for Migration and the U.N. refugee agency UNHCR, officials told Reuters.

Still recovering from a devastating war in the 1990s, Bosnia was bypassed in 2015 and 2016 when more than a million migrants and refugees passed through the Balkans on their way to the wealthier European countries.

But this year it has become a major transit country for migrants as other countries, such as EU members Hungary and Slovenia, sealed their borders.

More than 23,000 people, mostly from Pakistan, Afghanistan, Iraq and Iran, have entered the country since January. About 5,000 are now stuck, as the cold winter and Croatian police make it impossible for them to continue their journey.

“This is inhuman, the life of the migrants,” said Wali Khan from Afghanistan, showing bruises on his hands that he said were inflicted by the Croatian police beating him with batons when he tried to cross the border earlier this week.

UNHCR, which helps refugees and migrants handle their asylum applications, says procedures in Bosnia are slow and complex.

“It is necessary to simplify and expand the access to the asylum procedure to all who want to seek asylum in Bosnia,” said Neven Crvenkovic, a spokesman for the UNHCR regional office.

While local authorities in northwestern Bosnia have limited new arrivals of migrants, saying there was no available accommodation, local people in Bihac, remembering their own plight as refugees during the 1990s, have tried to help.

“I accommodated one Iraqi guy at my home” said Senada, a waitress in a Bihac hotel. “He is nice, educated, well-bred, we are going to find him a wife here.”