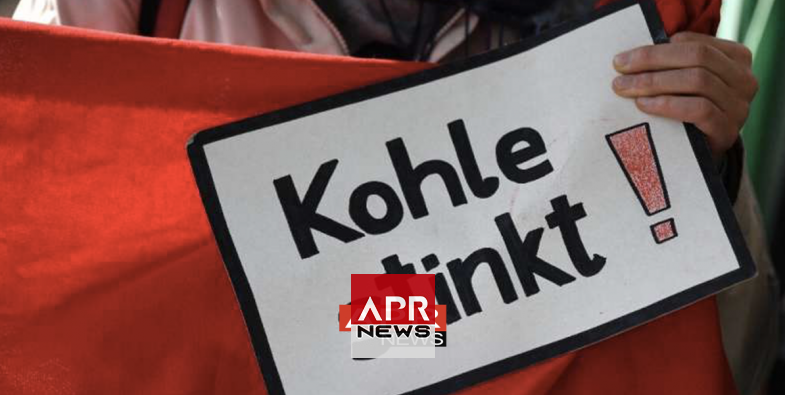 RWE's plans to continue burning coal into the 2030s show it "doesn't understand what kind of crisis we're in," said 23-year-old student Luisa Neubauer, a leading figure of the "Fridays for Future" climate movement in Europe's largest country.

Investors critical of RWE's strategy had secured Neubauer the right to speak, as activists and school students outside brandished placards reading "coal stinks" or "our future is melting with the ice".

"No company in all of Europe bears more responsibility for the climate crisis than RWE," she charged. "How can you answer for that before me and my generation?"

Giants like RWE and rival EON exemplify Germany's struggle to turn ambitious carbon reduction targets and a widely-admired renewables sector into a transition away from fossil fuels that still offers dependable energy supply.

The country is set to exit nuclear power completely by 2022 and is battling to push through infrastructure needed to enable its so-called "Energiewende" (energy transition) to wind, solar and the like.

But power generating firms plan to make up much of the difference with coal -- often locally-mined, highly-polluting lignite -- until a cutoff date of 2038, set by a government commission.

Other countries have chosen alternative energy sources to bridge the gap, with France this week saying it would extend some nuclear power generation by 10 years, until 2035, rather than open new fossil fuel-burning plants.

Responding to climate critics, RWE chief executive Rolf Martin Schmitz said he found it "good" that young people were engaging in the debate.

But he defended his company's track record, pointing to its 34-percent reduction of carbon dioxide output between 2012 and 2018 as a sign of its climate commitment.

"That is more than Germany (as a whole) has managed since 1990, in a much shorter space of time," he said. "No company is making such a big bet on its transformation".

Berlin acknowledged last year that it would miss a 2020 deadline to reduce CO2 output by 40 percent compared with 1990 levels.

RWE is also buying a massive nine-gigawatt swath of renewable generation capacity from EON, set to make it Europe's third-largest player in the sector.

But that figure remains a fraction of the 42 gigawatts the firm generated last year.