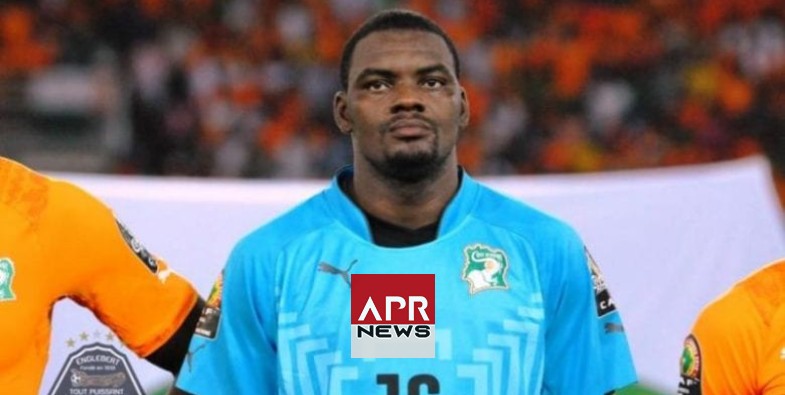 Goalkeeper of Côte d'Ivoire, Sylvain Gbohouo will ultimately not take part in CAN 2021. The goalkeeper has just been suspended for the use of a doping product.

It seemed at first sight to be a bad joke in the context of the rumors surrounding the CAN 2021. However, the information was quickly verified: Sylvain Gbohouo will not take part in the CAN 2021 with the Ivory Coast. Not yet present at the Elephants training camp, the goalkeeper will miss the competition. The reason ? The Ivorian doorman is accused of doping. He would have used Trimetazidine, a substance considered doping since 2014. The urine sample A which belongs to him would have returned positive after an anti-doping test carried out last November during the international break.

If many fans of the Ivorian selection initially believed it was a hoax, his Ethiopian club Wolkite City FC, as well as the local football federation, very quickly confirmed the keeper's suspension. “ From the day this decision was taken, Sylvain Gbohouo is temporarily banned from playing around the world. This temporary ban includes a national or international competition (…) Unless the suspension is lifted earlier on the basis of the documents included, the temporary ban will be determined by the FIFA Disciplinary Committee ”, indicates in particular the press release from the Ethiopian Federation.

A temporary suspension for Sylvain Gbohouo, the time for a counter-analysis of the Ivorian B sample. If the latter were to prove to be also positive, the former goalkeeper of TP Mazembe would be subject to a heavier sanction. Still, while waiting to know the outcome of this new affair, it is the Ivorian selection which finds itself deprived of its goalkeeper number 1 while the kickoff of CAN 2021 will be given on January 9. In view of the deadlines, he is therefore forfeited for the tournament. Another problem for coach Patrice Beaumelle, who already has to  deal with absent players still retained by their clubs, those affected by the Covid and now this suspension of Gbohouo for doping. Suspension which should propel Badra Ali Sangaré as titular goalkeeper during the competition.