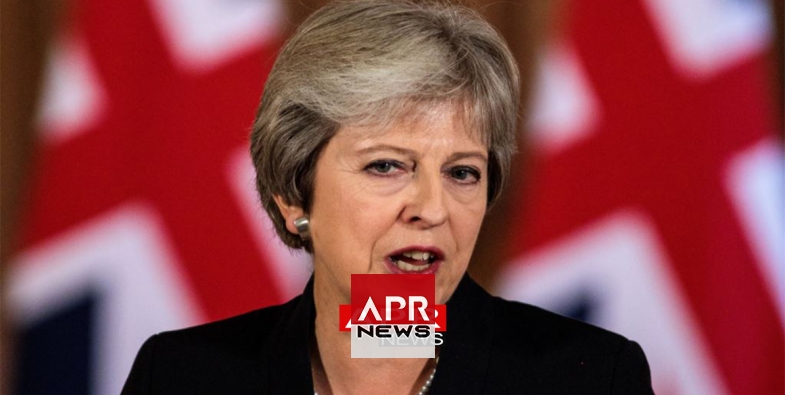 REUTERS - British Prime Minister Theresa May was making the rounds of European leaders on Tuesday, seeking support for changes to her Brexit deal in a last ditch bid to save it, after calling off a vote that she admitted she was on course to lose.

Less than four months until the United Kingdom is due to leave the European Union on March 29, Brexit was plunged into chaos on Monday when May accepted that British lawmakers would not accept her deal to keep close ties after leaving the EU.

That leaves a range of possible outcomes - from a chaotic Brexit with no deal, which businesses say would cause an economic crisis by cutting off their supply lines, to risking the wrath of pro-Brexit voters by calling the whole thing off.

May still hopes to hang on to power and revive her deal by agreeing “reassurances” from the EU to win over lawmakers. The British pound has plunged because of the uncertainty.

Amid demands for a national election, ridicule and blunt warnings that her eleventh-hour bid for a changed deal was in vain, May pledged to seek EU support for changes to make it more palatable to lawmakers.

The EU said it was ready to discuss how to ease ratification in Britain, but was adamant that the withdrawal agreement could not be renegotiated, including its most contentious element, a “backstop” for the Northern Ireland frontier.

The backstop, assuring the only British-EU land border stays open no matter what, could require Britain to obey EU rules indefinitely. It cuts to the heart of the Brexit dilemma: Britain’s wish to set its own rules while still trading friction free with the world’s biggest market.

“Sometimes I don’t understand the world anymore. We spent so much time, energy and creativity to negotiate something we in Berlin and Brussels don’t want. Nobody wants the UK to leave,” Germany’s European Affairs Minister Michael Roth said.

“I cannot imagine where we could change something substantial in the withdrawal agreement. We can not restart the talks because it was already difficult enough among the EU 27 and UK to agree on this deal.”

Monday’s line from EU Commission President Jean-Claude Juncker seemed to leave little wiggle room: “We have an agreement on the table,” he said through a spokeswoman. “We will not renegotiate.”

May met Dutch Prime Minister Mark Rutte in The Hague for breakfast. She will later meet German Chancellor Angela Merkel in Berlin and then Juncker and European Council President Donald Tusk, who will convene an EU summit on Thursday.

BREXIT UNDONE?
In a boisterous parliamentary debate on Monday May said the deeper question was whether lawmakers wanted to deliver on the people’s will from the 2016 referendum, or open up divisions with another national vote.

“If you take a step back, it is clear that the House faces a much more fundamental question. Does this House want to deliver Brexit?” May said.

Both May’s ruling Conservatives and the main opposition Labour Party have pledged to implement the results of the 2016 referendum in which British voters backed exiting the EU 52 percent to 48 percent.

Three out of four living prime ministers and a growing chorus of backbench lawmakers say a new vote is the only way out of the impasse. Among Brexit opponents there is mounting enthusiasm for a chance to have another say. But many Brexit supporters say that would be a betrayal.

Many business chiefs fear a chaotic Brexit that they say would wreck their supply lines. Some are hoping that May’s failure will bring an end to a Brexit they never supported.

“We view the situation with a mixture of worry and hope,” one CEO said of a FTSE-listed company said on condition of anonymity. “The hope comes from the fact that it’s now such chaos it gets called off.”

As investors and allies tried to work out the ultimate destination for the world’s fifth-largest economy, rebel lawmakers in May’s party said she had to go.

“If we can’t go forwards with her deal ... then I’m afraid the only way to change the policy is to change the prime minister and I really think it’ her duty to go,” Brexit-supporting Conservative lawmaker Steve Baker said.

A leadership challenge is triggered if 48 Conservatives write letters demanding one to the chairman of the party’s so-called 1922 committee, Graham Brady.

The Labour Party was urged by other smaller opposition parties to trigger a vote of no confidence in the government but said it would not act right away.

“We will put down a motion of no confidence when we judge it most likely to be successful,” a spokesman said.