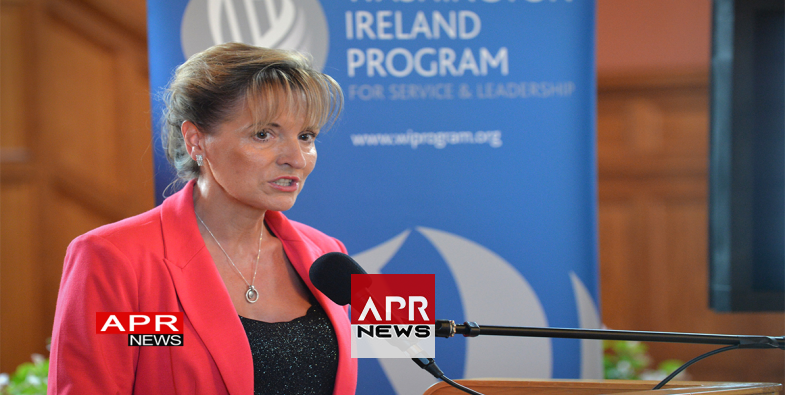 SINN FEIN - Martina Anderson has said the fears of businesses and educators over Brexit are not being allayed by the rhetoric coming from the Tories.

"I met today with representatives of local businesses and community, educationalists and voluntary organisations in Dungannon alongside my party colleague Colm Gildernew MLA to discuss their concerns about the impact of the Tory Brexit agenda.

"The business leaders I met with were fearful about the impact on trade, particularly as many are reliant on imports. Businesses involved in the agriculture and agri-food sector are also deeply worried about the impact of the loss of EU funding and future access to vital European markets.

"And they have made it clear that their fears have not been allayed by anything they have heard from Theresa May and the Tories, in fact their concerns have increased.

"I also met with representatives of the South West Regional College who are also very concerned about the consequences of being dragged out of the EU by the Tories. A significant percentage of the college's funding for apprenticeships, which are vital for supporting employment in the area, comes from the EU.

"The college has also been able to access language training for staff to help accommodate the large number of European workers and their families living in the area and this too could be in jeopardy with Brexit.

"I made it clear to all those who I met that there is an alternative to Brexit with our case for special status for the north within the EU and that support for that position is growing across Europe."

United Kingdom : No more new petrol and hybrid cars from 2035
Prime Minister Boris Johnson is seeking to use the announcement to elevate...
604 vues
2