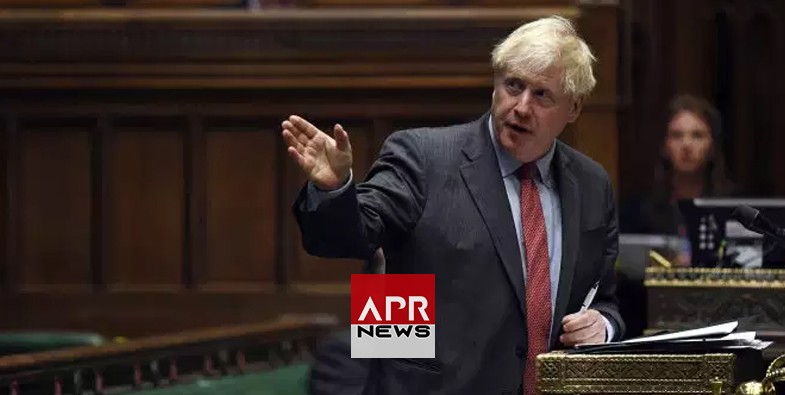 "It could have gone either way," Trump's British counterpart has said after he was rushed to hospital and put into intensive care in April.

As news of President Donald Trump's shock diagnosis with Covid-19 spread Friday, the experience of United Kingdom Prime Minster Boris Johnson, who tested positive six months ago, could offer a clue to what might come next.

Johnson, 55, announced on March 27, at the height of the pandemic in the U.K., that he was suffering "mild" symptoms and would self-isolate while continuing to work. He was thought to be the first world leader confirmed to have contracted Covid-19.

He kept in contact with ministers through what he called the "wizardry of modern technology," and 10 Downing Street, his official residence and personal office, maintained that he was in control.

Then, on April 6, Johnson was rushed to a London hospital on the advice of his doctor before being placed in an intensive care unit. He spent a week in the hospital and received oxygen treatment but was not put on a ventilator. Queen Elizabeth II was kept informed of his status, Buckingham Palace said.

Foreign Minister Dominic Raab, who deputized in Johnson's absence, said at a news conference the next day that Johnson was still in control of the government — but he admitted that he hadn't spoken to him since before his hospitalization.

Later the same day, responding to speculation that the government could become paralyzed without its leader, senior minister Michael Gove said important steps could be taken in the prime minister's absence.

"The Cabinet is the supreme decision-making body," he said.

While the wheels of government continued to turn as normal, it remains unclear whether Raab or the Cabinet had the authority, for example, to use the U.K.'s nuclear deterrent or fire government ministers.

On his release, and as he began a period of recuperation at his house in the English countryside, Johnson won praise for a heartfelt message in which he thanked the National Health Service for "saving my life." Referring to how serious his condition was, Johnson said, "It could have gone either way."

Johnson's illness didn't, as some had predicted, lead to a rise in support for the government. As polling company YouGov pointed out Friday, a surge in support happened four days before he became ill.

It wasn't until April 27 that Johnson finally returned to work. Johnson has dismissed media speculation that the illness has given him long-term symptoms, saying Tuesday that he was "fit as a butcher's dog."

The U.K. has the highest number of Covid-related deaths in Europe with more than 42,000, also making it the fifth worst affected country in the world, with a substantially smaller population than the countries ahead in the list: Mexico, India, Brazil and the U.S.

Johnson's illness was a wake-up call for Britons, many of whom were skeptical about the severity and threat of the virus.