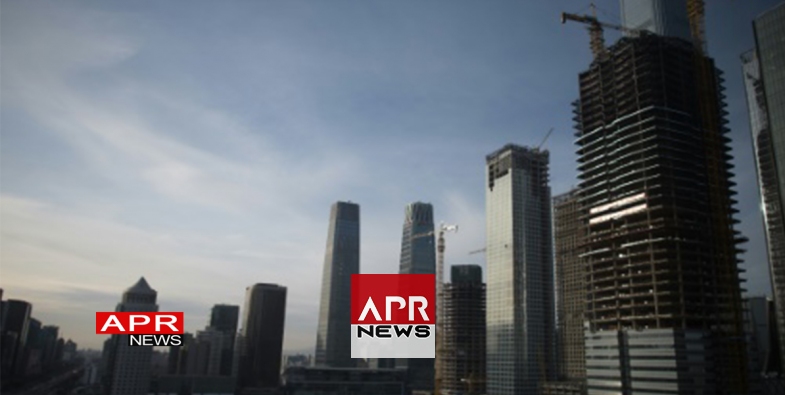 AFP - Every day for the last five years, Zou Yi has photographed Beijing's smog-cloaked skyline from his 13th-floor apartment, but there is something different in the air this year.

This winter, save a few grey days, the sky has been a brilliant blue, suggesting the city may finally be making progress against air pollution -- an issue so dire in previous years that some periods were dubbed an "airpocalypse".

"It feels like life has returned to the city," Zou, a former property investor, told AFP.

Last year Beijing enjoyed the best air quality on recent record, with a steady increase in "good air" days since pollution control measures were implemented in 2013, according to the capital's environmental protection bureau.

In the last quarter of 2017 alone, the density of dangerous particulate PM2.5 dropped by 53.8 percent year-on-year.

Questions remain, however, on whether the government's measures are sustainable. Authorities warned that heavy smog would slam the city and surrounding areas this weekend.

From his home, Zou has an almost 360-degree view of the Central Business District -- an urban landscape that he used to regard as "murky, static even".

He has created a massive composite of nearly 2,000 photographs showing the Beijing Television tower enveloped in differing shades of grey and blue.

"Now that the air is good, I'm discovering that ours is a city of colour, full of emotion and rhythm," the 50-year-old said.

On a recent clear, below-zero day, 65-year-old Tian Yuan and five other retirees were immersed in a lively card game at a Beijing public park.

"Give us more clean air! This is just the beginning," Tian, who used to sell coal for a living, said between rounds.

"I was a polluter before I retired," he said. "Now that whole company is gone."

Even French President Emmanuel Macron marvelled at the sky during his state visit this week, saying: "I have never seen Beijing like this."

In recent years, authorities have ordered polluting factories to leave Beijing and its surroundings, and designated "no-coal zones" where more than three million homes have abruptly switched to gas or electric heating.

Smaller businesses in the wider region are also being investigated for illegal smog-worsening practices.

"Now the focus is on these local -- and often more difficult to manage -- corporations as well," she said.

Ma, who penned a major book on China's pollution crisis, developed an online platform displaying official data on companies' environmental violations, which people increasingly use to call out irresponsible corporations.

As China nears the end of its five-year plan for combatting smog, experts and activists called for a new strategy for long-term success.

A Greenpeace analysis released Thursday found that while PM2.5 levels in Beijing, Tianjin and 26 surrounding cities declined 33.1 percent year-on-year in the last three months of 2017, for the full year it fell just 4.5 percent around the country -- the lowest rate of decline since 2013.

Strong northerly winds this winter would have improved the air quality regardless of human intervention, Huang said, though government measures have no doubt bolstered blue skies.

"We hope that people won't be satisfied yet," Xu said, adding that he believes pollution will "rebound", although the long-term outlook is positive.

As for Zou, the photographer hopes to soon pass on his daily duties to other observers who will upload sky photos onto an app he is developing.

He began his project in 2013, tired of the choking smog that prevented him from leaving the house and sent his child to hospital several times, and has left his job to work on environmental issues full-time.

"I just have one dream," he said, "that our country's skies can always look like this."