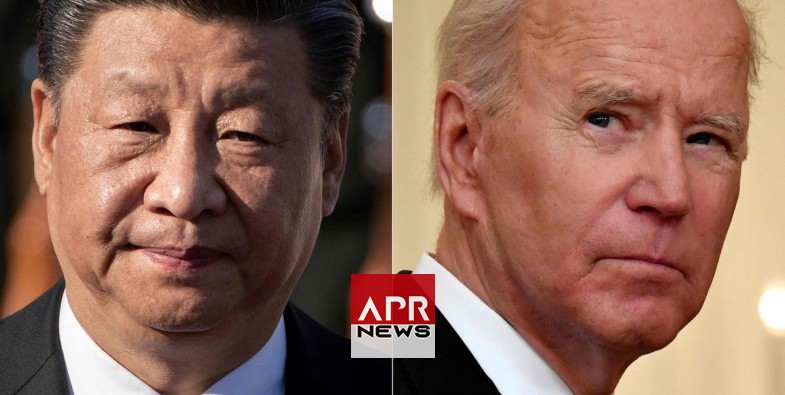 When Chinese President Xi Jinping beamed into the White House on Monday evening for a virtual summit with President Joe Biden, the two men needed no introduction.

"We've spent an awful lot of time talking to one another, and I hope we can have a candid conversation tonight as well," Biden said as the talks got underway around 8 p.m. ET, sitting at the head of the Roosevelt Room table as Xi's visage was broadcast on a pair of television screens.

"Maybe I should start formally," Biden went on, "although you and I have never been that formal with one another."

Biden is fond of citing the dozens of hours and thousands of miles he clocked with Xi when both were serving as their country's vice presidents. He's claimed to have spent more time with the Chinese president than any other world leader.

"Although it's not as good as a face-to-face meeting," Xi said as the summit got underway, "I'm very happy to see my old friend."

But things have changed since Biden, as he likes to recall, was dining with Xi on the Tibetan Plateau and describing the United States in one word: "possibilities."

Now, the world's two largest economies are engaged in fierce tensions on trade, military aggression and human rights. And Biden, who initiated Monday evening's virtual summit, finds himself in a high-wire act with China's most powerful leader in decades.

Saying he was looking forward to a "candid and forthright discussion," Biden said he was expecting to discuss a wide-ranging and substantive agenda.

"As I've said before, it seems to me our responsibility as leaders of China and the United States is to ensure the competition between our two countries does not veer into conflict, either intended or unintended. Just simply straightforward competition," he said, speaking to Xi through a translator.

"It seems to me we have to establish some common sense guardrails, to be clear and honest where we disagree and work together where our interests intersect," Biden went on, asking to communicate "honestly and directly" over the range of topics up for discussion.

"We never walk away wondering what the other man is thinking," he said.

The talks Monday amounted to some of the most critical of Biden's presidency, given the deteriorating ties between Washington and Beijing and the reality, acknowledged by administration officials, that managing the US relationship with China will amount to Biden's most critical international objective.

"Our two countries are in a fundamentally different place with each other than we have been in the past," a senior administration official said ahead of the meeting, which Biden had been preparing for with senior aides for several days. "It's a multi-faceted dynamic, it's complex and it does not have a historical parallel."

White House officials believed a large South Lawn signing ceremony for a massive new public works package, which occurred a few hours before Biden's virtual summit, signaled progress on the main underpinning of his foreign policy: proving democracies can deliver more effectively than autocracies like China. He planned to detail the new infrastructure package to Xi.