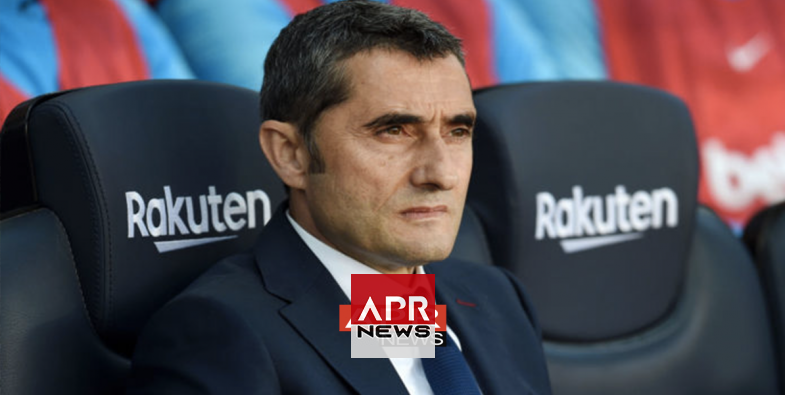 APRNEWS - Barcelona coach Ernesto Valverde has said his players are not feeling the pressure as they close in on a fourth Liga title in five years.

Barca will lift the trophy if they beat Alaves on Tuesday night and Levante on Saturday, although they could wrap up the title on Wednesday if Atletico Madrid lose at home to Valencia.

Sitting nine points clear of Atletico with five games left, it appears only a matter of time before Valverde’s side are crowned Spanish champions for a 26th time.

“They are used to pressure,” Valverde said at a press conference on Monday night.

“The team have always responded in difficult games. We are calm but we know we are in the final stretch now and that always encourages you, it helps you push through to the end.”

Winning the league early would allow Barcelona to rest players and focus on their Champions League semi-final against Liverpool. The first leg is at Camp Nou on May 1.

They are in contention to win the treble too, with a Copa del Rey final to come against Valencia in Seville on May 25.

“The players look fine to me,” Valverde said. “It is normal that at this point you notice a bit of fatigue but we let ourselves be spurred on by our motivation. When you have challenges ahead, your legs always feel fresh.”

Barcelona have been La Liga’s frontrunners for months, with Atletico Madrid struggling to exert any real pressure and Real Madrid languishing 13 points behind in third.

“It is true that when you win something surprisingly, the joy is greater,” Valverde said.

“And when you have a big lead, it becomes predictable. But a predictable victory can also be a great victory.

“Last year we were top with a big advantage and this year it is the same.”

India : Exhausted Migrants Fell Asleep On Tracks. 17Run Over By...
Seventeen migrant workers in a group of 20 were killed after a cargo train...
1432 vues
2