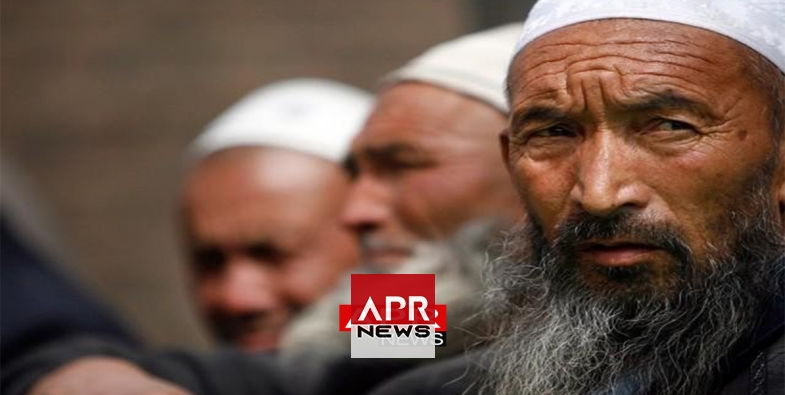 APRNEWS - Arrests skyrocketed by more than 730 percent last year in China's far-western Xinjiang as the government ramped up a security crackdown in the traditionally Muslim region, activists said Wednesday.

The ruling Communist Party has justified increasingly tight policing of Xinjiang by saying it faces a threat from Islamic extremism and separatism, but many Muslims in the region accuse Beijing of religious and cultural repression.

That's around 21 percent of all arrests in China last year, the group said, even though the sparsely populated region has only around 1.5 percent of China's nearly 1.4 billion population.

The dramatic increase in arrests followed the introduction of draconian new restrictions on religious practices in Xinjiang, where about half the population of around 22 million are ethnic minorities.

"Though the government does not provide the data disaggregated by ethnicity, criminal punishment would disproportionately target the Uighur Muslim group based on their percentage of the population," CHRD wrote.

The report drew on public data released by Chinese prosecutor's offices at the national and local levels.

Indictments in Xinjiang also increased at a rate "far out of proportion" to its population, amounting to a 422 percent increase year-on-year in 2017, it said.

The increases follow significant drops in both statistics in 2016, when arrests fell by 20 percent and indictments by 15 percent, respectively.

China's legal system has a conviction rate of over 99.9 percent, virtually guaranteeing any indictment will end in a conviction.

China says its policies in Xinjiang are aimed at rooting out the "three forces" of separatism, religious extremism and terrorism.

Simmering resentment exploded in deadly rioting by Uighurs in the regional capital Urumqi in 2009, and Uighurs have since been tied to mass stabbings and bombings that have left dozens dead across the country.

Last year marked a dramatic turning point in Beijing's approach to the strategic region as the government in 2017 pushed its plans to foster greater trade with Central Asia and Europe, a programme that puts a premium on security.

In March, local authorities introduced stringent new restrictions on religious practices, forbidding beards and the wearing of veils and the distribution of "extremist" religious content including everything from songs with Arabic lyrics to unofficial editions of the Koran.

Members of the Uighur diaspora say relatives have been arrested for seemingly innocuous acts such as sending Ramadan greetings to friends or downloading popular music.

Authorities are also believed to have detained hundreds of thousands of Muslims in a secretive network of extra-judicial political re-education centres, where inmates are given language and ideological training and forced to participate in military-style drills.

The local government pumped more than 58 billion yuan ($9 billion) into security spending in 2017, nearly double the year before, according to Adrian Zenz, a China security expert at Germany's European School of Culture and Theology.

It also flooded the region with tens of thousands of security personnel, Zenz's research has shown.

Unusual: The woman with two vaginas.
An Australian woman is all the rage on OnlyFans because of a unique...
4118 vues
2