APRNEWS : Portugal line up Ronaldo, other top players against Nigeria before Ghana clash 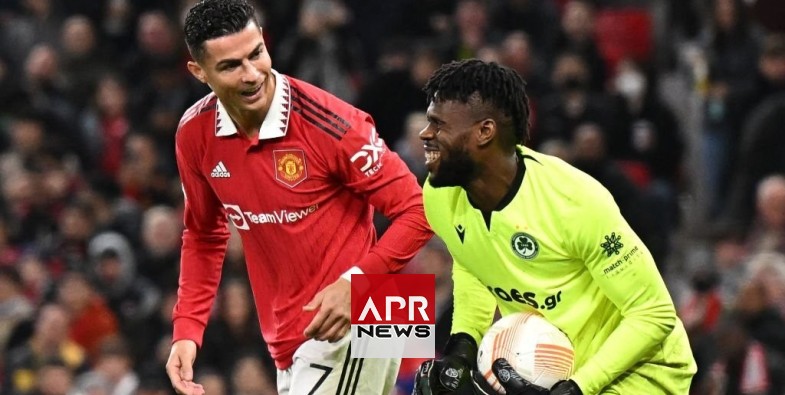 APRNEWS : Portugal line up Ronaldo, other top players against Nigeria before Ghana clash

APRNEWS - Portugal plan to field their strongest team possible in the international friendly game against Nigeria. The game, on November 17, comes up eight days before Portugal’s opening Group H game against Ghana at the Qatar 2022 World Cup.

APRNEWS - Ghana stopped Nigeria from qualifying for the World Cup, but the Portuguese believe the Super Eagles and Black Stars have similar pattern of play, hence, the quest to experience the Eagles in a friendly in Lisbon.

Coach Fernando Santos named his final squad for Qatar on Thursday, with superstar, Cristiano Ronaldo, listed for his fifth World Cup, a feat previously held by only four players.

According to reports, Ronaldo will lead the team against Nigeria, with veteran defender, Pepe, in line to continue his incredible run of games for his adopted country. Pepe is originally from Brazil.

Santos is expected to pick his team against Nigeria from the list he recently released for the Copa Mundial, with goalkeepers Diogo Costa, Rui Patricio and Jose Sa jostling for minutes against the Super Eagles.

Apart from Ronaldo, other forwards in the team are Joao Felix, Rafael Leao, Ricardo Horta, Andre Silva and Goncalo Ramos. Portugal will also face Uruguay and South Korea in the group stage on November 28 and December 2, respectively.

Meanwhile, the Nigeria Football Federation (NFF) has made two adjustments to the Super Eagles’ roster ahead of the game against Portugal.

The NFF has called up Boavista loanee, Chidozie Awaziem, as replacement for Orlando Pirates star, Olisa Ndah, who has withdrawn from the squad due to injury.

Awaziem is a logical replacement for the South African-based defender as he has been arguably Nigeria’s most in-form central defender in Europe this season with four goals in 14 appearances for Hajduk Split in the Croatian SuperSport HNL.

Also called up Cremonese attacker, Cyriel Dessers, who will replace injured Napoli striker, Victor Osimhen, who has also pulled out of the squad, citing injury, despite going the distance for Napoli in their 3-2 win against Udinese on Saturday.