Andy Murray Out of Australian Open 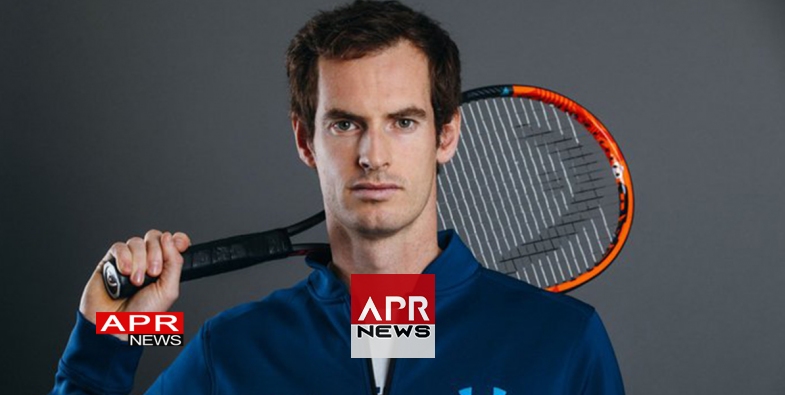 Andy Murray Out of Australian Open

APRNEWS - Andy Murray needed only a couple of days in Australia to realize the hip problem that has kept him out of competitive tennis since Wimbledon was not going to improve in time for the season’s first major.

Murray, a five-time finalist at the event, withdrew from the Australian Open on Thursday, two days after pulling out of a tuneup event in Brisbane before his first match.

Confirmation of his absence came hours after Kei Nishikori announced that he, also, wouldn’t have enough time to fully recover from a torn wrist tendon before the Australian Open starts Jan. 15 in Melbourne.

Murray was preparing to leave Australia at the same time as the injured former champions Novak Djokovic and Rafael Nadal were on the way to Melbourne.

“Sadly I won’t be playing in Melbourne this year, as I am not yet ready to compete,” Murray said in a statement. “I’ll be flying home shortly to assess all the options, but I appreciate all the messages of support, and I hope to be back playing soon.”

“We are fully aware that Andy has been going through a difficult period with his hip and that he’s done everything possible to prepare for the Australian summer,” Tiley said. “This is a very hard decision for Andy, and we totally respect it.”

Murray, a three-time major winner and a former No. 1, has not played a competitive match since a quarterfinal exit at Wimbledon last July.

In a heartfelt social media post this week on Instagram, Murray, 30, contemplated surgery as an option after failing to overcome the pain with rest and rehabilitation.

“Obviously continuing rehab is one option. … Surgery is also an option but the chances of a successful outcome are not as high as I would like which has made this my secondary option and my hope has been to avoid that.”

Murray spent 41 weeks at No. 1 in the rankings until last August, but slipped to a year-end No. 16 because of his prolonged absence from the tour.

“I would give anything to be back out there,” he posted. “I didn’t realize until these last few months just how much I love this game. It’s quite demoralizing when you get on the court it’s not at the level you need it to be to compete at this level.

“Sorry for the long post but I wanted to keep everyone in the loop and get this off my chest as it’s really hurting.”

Djokovic, who has beaten Murray in final four times as he collected his six Australian titles, posted a statement on his website saying he wasn’t sure he’d be able to play at Melbourne Park.

A right elbow injury has kept him off the tour since July. He plans to play in two exhibition tournaments in Melbourne next week before deciding.

Top-ranked Nadal, who lost last year’s Australian final to Roger Federer and went on to win the French and United States Open titles, has been struggling with a right knee problem and withdrew from the Brisbane International this week, delaying his return until an exhibition tournament next Wednesday.

There’s also doubt over Serena Williams’s title defense. Williams, who was pregnant when she won the 2017 Australian title — her record 23rd singles major in the Open era — and gave birth to her daughter in September, played an exhibition in Abu Dhabi last weekend and said she wasn’t sure if she’d be able to play in Melbourne.

Williams said after her loss to the French Open champion Jelena Ostapenko: “I don’t know if I am totally ready to come back on the tour yet. I know that when I come back I definitely want to be competing for championships.”

Tiley said he was in daily touch with Williams’s management.

“I still believe she will be” in Australia, Tiley said. “She has made it very clear to me … she’ll do everything she possibly can to be here.”