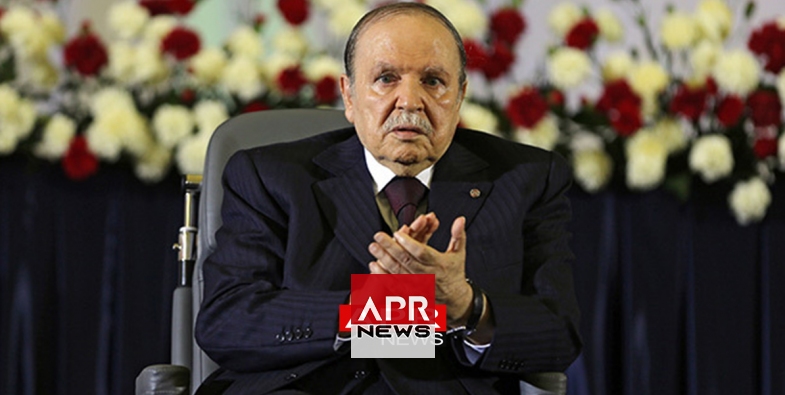 APRNEWS - Algeria’s President Abdelaziz Bouteflika returned home on Sunday after receving medical treatment in a Swiss hospital, the Algerian presidency has confirmed, amid protests against the ailing president's bid for a fifth term in office.

Bouteflika has landed at a military airport south of the capital and quickly departed in a convoy after spending two weeks in a Swiss hospital.

The arrival of the 82-year-old Bouteflika comes amid massive demonstrations demanding he withdraw his candidacy for a fifth term as president of the North African country.

Bouteflika suffered a stroke in 2013 and has rarely been seen in public since. The decision to run for a new term in the April 18 election angered large swathes of Algerian society.

Bouteflika arrived at Boufarik military south about 30 kilometers (20 miles) south of the capital, and was shown in video by private television station Ennahar in a convoy heading toward Algiers. He could be seen inside a car slightly bent over and with a cap on his head.

Bouteflika resides in the Algiers suburb of Zeralda, not in the presidential palace in the capital.