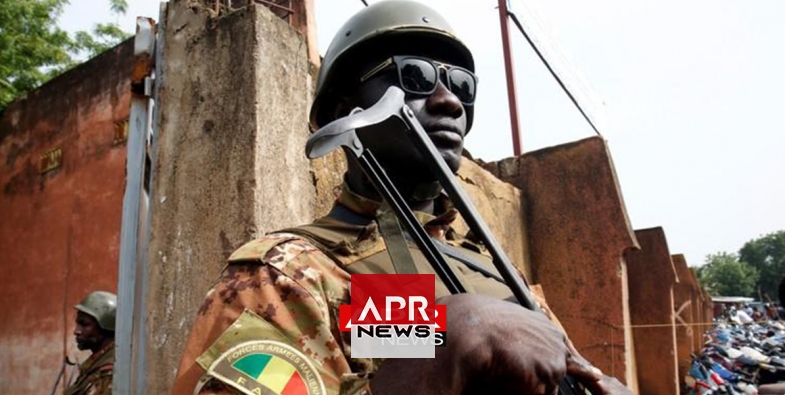 REUTERS - Al Qaeda’s franchise in the Sahara has claimed a multiple mortar attack on a village in northern Mali during Sunday’s election that disrupted voting, the SITE Intelligence Group said.

During voting militants fired 10 mortar rounds in the village of Aguelhok in the northern region of Kidal. One exploded about 100 meters (tards) from a polling station, causing voting to be temporarily suspended.

In a statement picked up by SITE, Jama’a Nusrat ul-Islam wa al-Muslimin (JNIM), an umbrella group for al Qaeda-linked militants in the Sahara, claimed credit for attacking French and. mission forces in Aguelhok before the Malian elections.

“This bombardment...in Mali is a clear message from us to France and its pawns in the country that the war between us will not end,” the statement said.

“Everyone knows that the winner in this election is only a pawn in the hands of France and the countries of the Cross.”

Vote counting was underway on Monday, the day after a presidential election in which President Ibrahim Boubacar Keita is seeking a second term despite worsening insecurity since he took power five years ago.

The election mostly took place peacefully across the largely desert nation, but there were pockets where insecurity was so bad that no voting could take place at all. The Ministry of Territory said overnight that 644 polling stations out of about 23,000 had been unable to function.

Islamist militants are seen as the biggest threat to Western interests in the Sahara and semi-arid Sahel just to the south of it. They have hit several foreign targets in Mali and its neighbors and kidnapped scores of Westerners.

It had been feared the militants, who see democracy as contrary to Islam, would try to disrupt the polls.

Security has been high on the agenda for voters, especially where in the north and center of the country where the jihadists operate. Keita’s main rival, Soumaila Cisse, has pledged to restore peace across Mali.

India : Exhausted Migrants Fell Asleep On Tracks. 17Run Over By...
Seventeen migrant workers in a group of 20 were killed after a cargo train...
119 vues
4