Adesina will not step aside as AfDB president for fresh probe 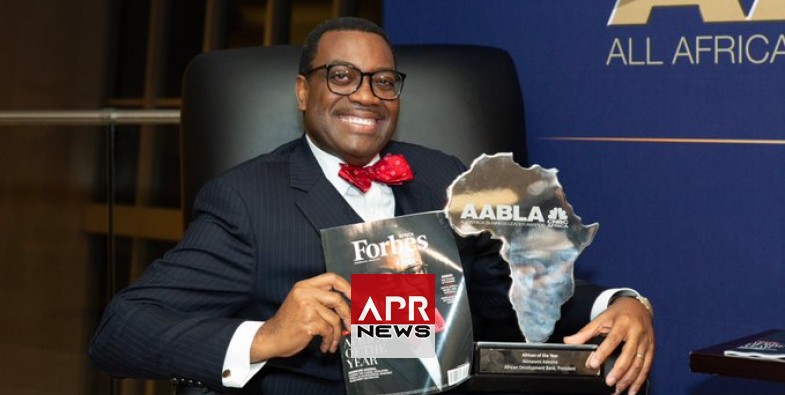 Adesina will not step aside as AfDB president for fresh probe

A former spokesman for the African Development Bank said Dr. Akinwumi Adesina will not step back as the president of the bank after the board supported an independent probe as requested by the U.S.

In a Facebook post, Dr Victor Oladokun, former Communications and External relations Director of the bank said Adesina will not step down as president of the bank.

“Akinwunmi Adesina has not stepped down and is still President of the African Development Bank, Africa’s premier development finance institution”.

Bloomberg had reported earlier today that Adesina would step aside to allow a fresh probe into the 15 allegations of improprieties levelled against him by a whistleblower.

The U.S. treasury secretary, Steven Mnuchin had rejected an internal investigation that cleared Adesina of the allegations.

Denmark, Sweden, Norway and Finland are among countries that wrote to the AfDB to back Mnuchin’s demands for professional outsiders to look into the allegations, sources told Bloomberg.

Adesina has repeatedly denied wrongdoing, even before the internal probe, now rejected. Today, he also issued a statement declaring he is innocent.

“I am confident that fair, transparent and just processes that respect the rules, procedures and governance systems of the bank, and the rule of law, will ultimately prove that I have not violated the code of ethics of this extraordinary Institution”.

His statement did not indicate that he will step aside for the investigation to hold.

The proposed investigation comes three months before the bank’s annual meeting, at which Adesina is the sole candidate to extend his five-year term.

The AAA-rated lender’s 80 shareholders in October pledged to provide funding that will help to more than double its capital base to $208 billion.

Mnuchin last week wrote to the AfDB to express “deep reservations” about the integrity of the lender’s ethics committee, after it exonerated Adesina.

The scope and detail of the allegations are serious enough for a further inquiry to ensure the AfDB’s shareholders have confidence in the bank’s leadership, Mnuchin said in the May 22 letter addressed to Niale Kaba, the chairwoman of the bank’s board of governors.

The U.S. is the AfDB’s biggest shareholder after Nigeria.

The demands for an independent probe are aimed at ensuring that if the allegations are baseless, the process of reaching that conclusion is public and transparent, one of the people said.

Shareholders of the AfDB include 54 nations on the continent and 27 countries in the Americas, Europe, Middle East and Asia.

It has an AAA rating from Fitch Ratings, Moody’s Investors Service and S&P Global Ratings.

Prior to Mnuchin’s letter to the board, African leaders including South African President Cyril Ramaphosa and his Nigerian counterpart, Muhammadu Buhari, expressed support for Adesina and commended him for his efforts to help secure funds for Africa to deal with the fallout from the disease.

U.S. criticism of the bank’s internal processes follows comments by World Bank President David Malpass in February that multilateral lenders including the AfDB tend to provide loans too quickly, and, in the process, add to African nations’ debt problems.

The bank rebutted the statement, saying it undermines its governance systems, impugns its integrity and that there is no risk of “systemic debt distress” on the continent.

In March, the lender issued a $3 billion social bond to help African countries deal with the fallout from the coronavirus pandemic.